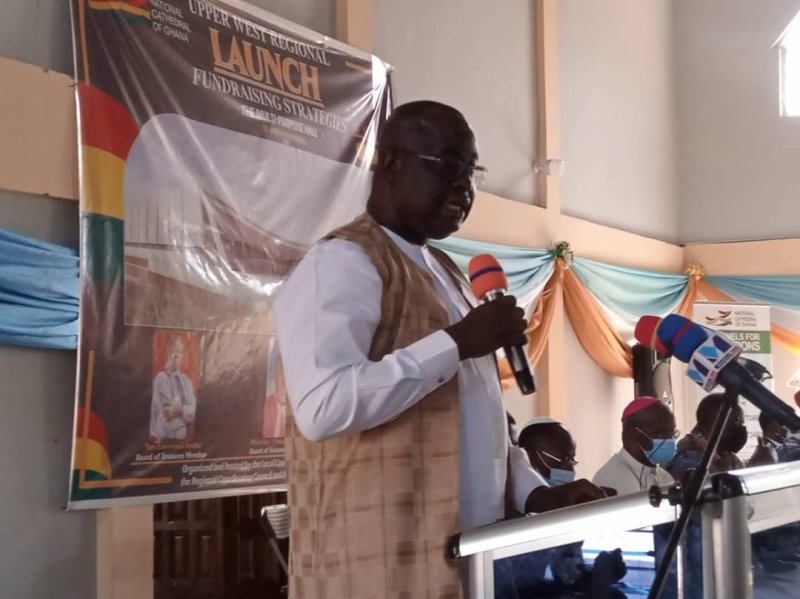 Dr Hafiz Bin Salih, the Upper West Regional Minister has stated that the National Cathedral project when completed will symbolize the unity of Christians and the entire Ghanaian community.

He said the national monument would serve as an interdenominational centre of worship, and urged all Ghanaians to take advantage of the ongoing fundraising events and contribute towards the construction of the project.

Dr Bin Salih who said this during the Regional fundraising launch in Wa said the project though initiated by President Nana Addo Dankwa Akufo-Addo, would be for the entire nation when completed.

He said it was for that reason that the President entrusted the fundraising for the project in the hands of a Christian Board of Trustees to reach out to all Ghanaians for them to contribute to build and own the project as a national monument.

“To ensure that the construction of the National Cathedral did not put an undue burden on the State, the President proposed a framework of partnership between the State and the people of Ghana both at home and the Diaspora to raise funds for the construction”, he said.

Dr Bin Salih urged Ghanaians to rise to the occasion by donating so that the vision would be materialized within the shortest time.

According to him, the National Cathedral design was unique across the world and the benefit it would bring to the country would be enormous.

“The centre clearly is a national point of convergence, a unifying monument and a rallying platform to raise shared conversion on national transformation.

“It will also serve as a centre where churches can host national and international conferences, public lectures, symposia, workshops, seminars and gospel conferences”.

Dr Bin Salih therefore encouraged all to join hands to help build the National Cathedral and commended the fundraising committee, the leadership of the Wa Catholic Diocese, the Local organizing Committee, the Local Council of Churches, Council of Independent Churches, Ghana Pentecostal and Charismatic Churches, Women’s Aglo and the entire Christian Community of the Upper West Region for their support in helping make the regional launch a success.

Apostle George Apasera, the Chairman of the Wa Local Council of Churches, commended the Eminent Ministers of the Gospel of the Country serving as Board of Trustees for putting together a blue print for the realization of the vision and also designing a magnificent national multipurpose Cathedral to be situated in the nation’s capital, Accra.

“The Board of Trustees thought it wise that the Cathedral should be owed by Ghanaians and therefore giving everybody no matter the region, religious and political affiliation, the chance to participate in funding the important national monument.

“This is the reason the chiefs and the people of the upper west region are given this opportunity to contribute their quota through this launch”, he emphasized.
Aposple Apasera prayed that all would embrace it and contribute to have the Cathedral built.

Performing a word of exhortation on the theme: “The National Cathedral: Winning God’s Approval”, before the launch of the fundraising, Rev. Eastwood Anaba, a Member of the Board of Trustees acknowledged the fact that God loved buildings and blessed those who put them up.

He said despite that God loved buildings, not everyone could put up one, adding that for God to choose a President of a nation and put the idea of building a Cathedral in him was a great sign of blessing the nation and urged all to share in the blessings by contributing.