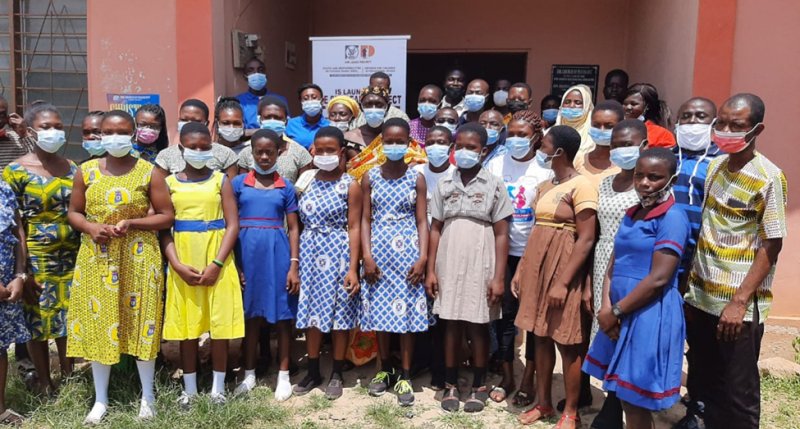 A stakeholders’ dialogue on the girl child has been held at Asiwa in the Bosome Freho District as part of the implementation of a project dubbed, “She Lead Project.

The project seeks to raise awareness about obstacles hindering the development of girls and also increase sustained influence of girls and young women on decision-making and the transformation of gender norms in formal and informal institutions.

It is being implemented in Ghana by four partners including Defence for Children International (DCI) Ghana, Plan International Ghana, Gender Centre for Empowering Development (GenCed) and Women Aspire Network (WAN).

In the Ashanti Region, the project is being implemented in Asante-Akim North, Asokore Mampong, Bosome Freho, Bosomtwe, Obuasi and the Kumasi Metro.

The Rights and Responsibilities Initiatives Ghana which is the local partner for DCI Ghana in the implementation of the project in the Bosomtwe and Bosome Freho Districts organised the stakeholders’ dialogue as part of the celebration of the International Day of the Girl Child.

It was attended by representatives from the Commission for Human Rights and Administrative Justice (CHRAJ), National Commission for Civic Education (NCCE), Department of Social Welfare, Ghana Education Service (GES), adolescent girls and the District Assembly.

The dialogue provided a platform for participants to discuss the need for girls to be well educated in the digital world by eliminating the numerous obstacles hindering their progress.

Mr. Simon Atta Junior, a Representative of RRIG who facilitated the dialogue, said the participants had a responsibility to contribute to making digital education accessible to the girl child.

He said digital education was the way to go to achieve a comprehensive, holistic and worthwhile education, adding that girls in Bosome Freho and Ghana as a whole must not be left behind.

“The digital world facilitates learning which intends to facilitate the ability of girls to earn a living in their adult years thus making them economically independent,” he argued.

He said a research conducted by RRIG which targeted girls in Senior High School and out of school girls showed that there were numerous barriers making it difficult for girls to have access to digital education.

The participants applauded RRIG and DCI Ghana for bringing together key stakeholders to promote education of the girl child and pledge their commitment to play their respective roles to make the project a success.