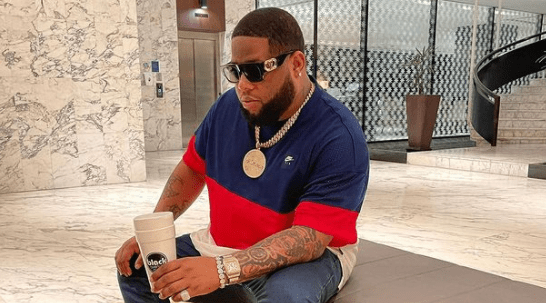 Ghanaian rapper and hip-hop artiste Desmond Blackmore, popularly known in showbiz circles as Dblack, disclosed the high-stakes of his career. He revealed that his parents almost disowned him for his decision to pursue his passion for music.

Speaking with Giovanni Caleb on Showbiz 360, DBlack explained that before he got into the industry in 2010, musicians were stereotyped as rascals and uneducated. He said that contributed to why his parents did not want him to venture into the music business.

“My parent almost disowned me when I wanted to pursue music. They were not happy because I wanted to do music. At the time, there was a stereotype that all musicians were ruffians and uneducated and won’t amount to anything in life.”

He emphasised that some years ago, there were few or no role models young people could look up to in the music industry. He said this gap also made parents perceive that music was not a profession to venture into.

DBlack further stated that now most musicians serve as role models to other young people who want to venture into music. And parents are beginning to understand the concept of music and giving children with such potentials the opportunity to venture into it.

“Some time ago, we didn’t have a lot of role models and decide that you want to be like the person and even tell your parents that this is the person you look up to. But now things have changed. I feel like now, the generation understands the concept of doing music and what it entails,” he said.

He described his inception journey in the music since as an accomplishment. And expressed satisfaction with the impact he has made on the musical journeys of some artists in the country. DBlack advised upcoming artistes to desist from excuses and stay true to their craft by putting in hard work and being dedicated.

Dblack has been one of the relevant musicians since the inception of his music career in 2010. In 2010, his ‘Breathe’ was awarded as the Best storyline in the video at the 4SYTE Music Video Awards. And his single, ‘Get on Da Dancefloor’, won Hip Hop of the year at the 2010 Ghana Music Awards.
In 2019, he also won Artist of the Year at the 2019 Ghana Entertainment Awards.