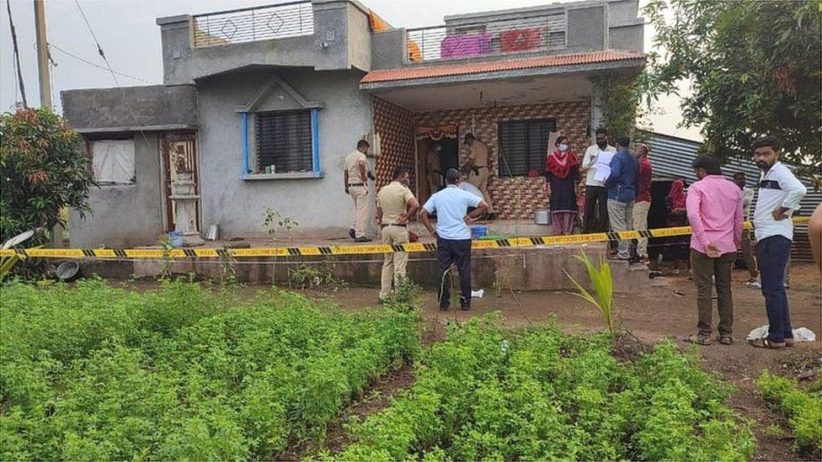 Police in the western Indian state of Maharashtra have arrested a teenager suspected of beheading his pregnant older sister.

The woman, 19, had married a man without her family’s consent, local police officials said.

She was making tea for her brother and mother when she was attacked with a sickle. The teenager and his mother then surrendered to the police.

Police suspect they also took a selfie with the woman’s head.

The brother was sent to a remand home for juveniles after his lawyer said he was less than 18 years old. However, a police official said they would contest this claim in court as they had found a certificate that showed him to be an adult. Their mother was sent to police custody.

The victim had eloped in June and married her lover after her family objected to their relationship. Even though they both belonged to the same caste, her family did not approve of him since his family was poorer than theirs.

The young woman didn’t contact her family much after her marriage but her mother visited her a week before the murder. Police said she knew that her daughter was pregnant.

Campaigners say hundreds of people are killed each year in India for falling in love or marrying against their families’ wishes.

These murders are often called “honour killings”, referring to the age-old notions of tradition and family honour which are still deeply entrenched in many parts of Indian society.

In March, police in the northern state of Uttar Pradesh arrested a man for allegedly beheading his daughter. He was heard saying in a video shot by the police that he had killed her for being in a relationship he didn’t approve of.