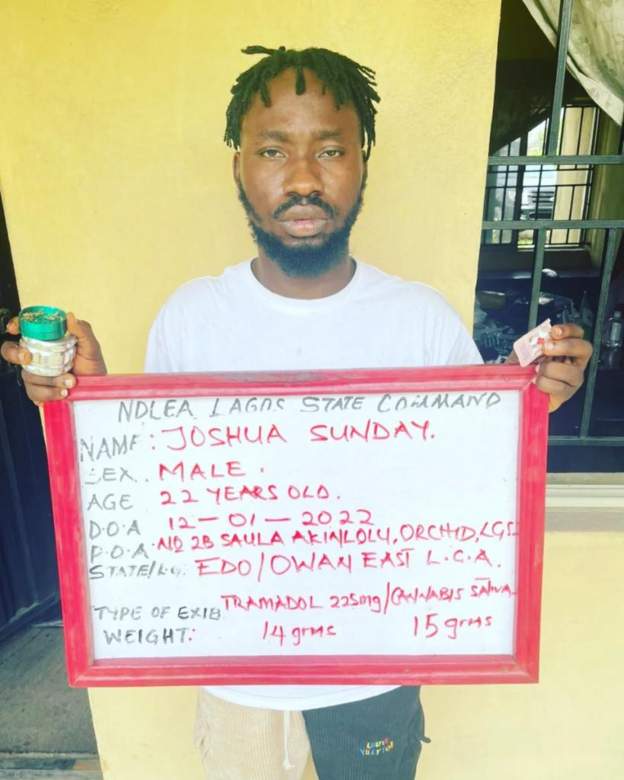 A popular Nigerian skit maker was arrested during a raid by the drug law enforcement agency.

Sunday Joshua popularly known as De General was found with Tramadol – a restricted drug used to treat pain – and cannabis.

De General has not commented about the arrest but a statement from the agency said he admitted to owning the drugs found in his house.

His friends have however told local media that he was set up.