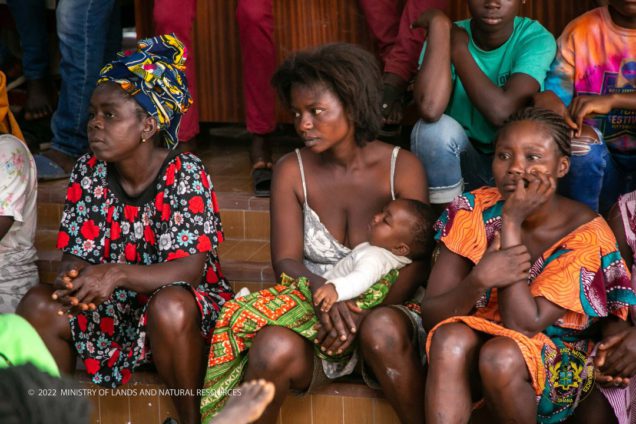 Some victims of last week Thursday’s explosion in Apeatse are experiencing mild to moderate hearing loss, according to a retired ear, nose and throat surgeon, Dr. Paul Kwaw Ntodi.

The former Medical Director of the Effia Nkwanta Regional Hospital who is part of a team engaged in a medical screening of the affected persons says some of them now have an ear infection.

He said the ear infection is as a result of the victims being unable to access the needed medication after they were prescribed for them.

Speaking to JoyNews’ Maxwell Agbagba, he said “we had a report to the regional director that some of the victims of the disaster had ear problems. Some had perforated ear drums, most of them bilateral perforation of the tympanic membrane in the ear drums with associated hearing loss.

“And so far we’ve seen about 38 of the victims, most of them with bilateral perforation of the tympanic membrane of the ear drums. A few of them infected because even though they had been given prescriptions I think they did not manage to get some of the treatment and one or two had their middle ear infected. And almost all of them had mild to moderate hearing loss.”

He was, however, optimistic that most of them will likely not suffer permanent hearing loss, stating that they would recover their hearing in a week or two.

“so far I’m saying that most of them have problems with the conduction and the tympanic membrane, most of them will heal but few of them that are sensory neural will also heal within one or two weeks.

“One or two may have a permanent injury but so far we haven’t found any profound or complete loss of hearing in any of the victims examined,” he said.

Government will be transparent with accountability on E-levy – Afenyo-Markin