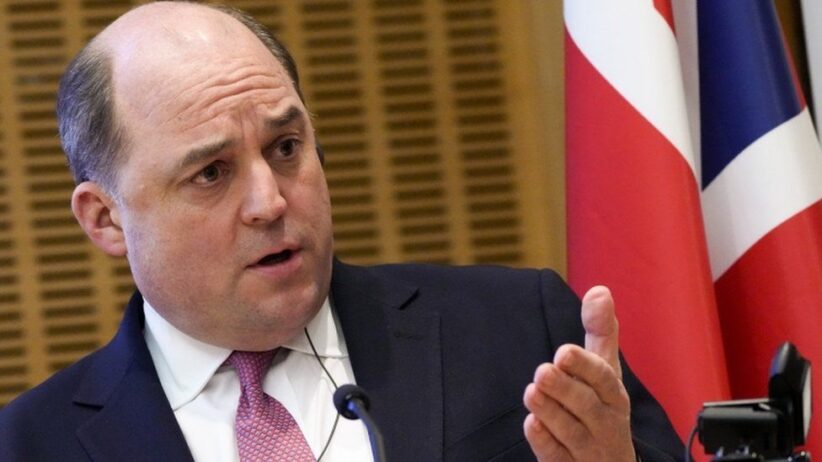 The UK will “judge Russia by its actions” after reports it is moving back troops from the border of Ukraine, says Defence Secretary Ben Wallace.

He said the UK government would “take them at their word”, but it was “too soon to tell” if the move was genuine.

Russia’s defence ministry claimed on Tuesday that it had withdrawn some troops conducting military exercises in districts bordering Ukraine.

But Nato’s secretary general said the alliance had not seen any evidence.

Speaking ahead of a meeting of Nato member defence ministers, Jens Stoltenberg said: “So far we have not seen any de-escalation on the ground – on the contrary, it appears that Russia continues the military build-up.”

Reports had suggested that US intelligence believed an invasion could be launched in the early hours of Wednesday.

But while that has not happened, US President Joe Biden warned a Russian attack on Ukraine was “still very much a possibility”, and the human cost would be “immense”.

Russia has long been opposed to the former Soviet republic of Ukraine growing closer to Europe and its institutions.

President Vladimir Putin has demanded a guarantee from the West that Ukraine will not join Nato – a defensive alliance of 30 countries – but Nato has said it will not close down any future agreements.

Russia has amassed more than 100,000 troops along Ukraine’s border.

President Putin insists Russia is not planning to invade, but the US and European countries – including the UK – have been providing support to Ukraine, such as training and weapons, and numerous governments have told their citizens to leave the country.

Putin wants to keep us guessing

Think of this crisis as theatre – actors move across the stage, soliloquies are delivered. There are “sounds off”, ambiguous and open to interpretation.

We are all mesmerised by Russia’s troop movements, constantly asking ourselves what each set of pictures means. And that’s what the director of this theatre, Vladimir Putin, intends. He wants to keep us guessing.

It’s perfectly possible that the sight of Russian armour, crossing the Kerch strait from Crimea, represents a hoped-for sign of de-escalation. But as Nato secretary general Jens Stoltenberg has reminded everyone, it’s way too early to make any reliable judgement on what it all means.

Vast numbers of Russian troops remain massed close to Ukraine’s borders, arrayed in a fashion that western intelligence agencies can only interpret one way – this is an invasion force.

That doesn’t mean an invasion is coming. But even as the Kremlin denies it has any hostile intention, it suits President Putin for everyone to think that the stage is set for this drama’s big battle scene.

The UK has also pledged to impose tougher sanctions on Russia in the event of an invasion.

But legislation to carry out the threat still needs to be approved by the British Parliament, which is currently in recess.

The BBC understands MPs could be asked to sign off the plan early next week when they return to Westminster to send a message that the measures are ready and waiting.

Labour leader Sir Keir Starmer called for “proper action” on Russian cash and influence in the UK, adding: “A failure to act now will only further strengthen Vladimir Putin in his attempts to stalk and menace his neighbours and democracies around the world.”

Speaking to BBC Radio 4’s Today programme, Mr Wallace said the UK was offering offering “a range of forces – air, sea and land” in support, with a doubling of troops in neighbouring Estonia and 1,000 more on standby if Nato calls on them.

He said the troops would not be deployed if the situation between Russia and Ukraine de-escalated, but added it was “important we make the plans so Russia knows we are serious about deterrence”.

On reports Russia was moving back some of its troops from the border, Mr Wallace said: “We will take them at their word, but judge them by their actions.”

He added: “I would be the first to be delighted by a de-escalation, we have all been working towards that, but we see 60% of Russia’s land forces amassed on the Ukrainian and Belarus borders.

“I am an ex-soldier, that is not normal exercising, especially when you see the depth of deployments.”

Earlier, the UK defence secretary told BBC Breakfast the build up of Russian troops on the ground had “shown the opposite of the rhetoric coming out of the Kremlin”, but no-one knew what the country’s leader was thinking.

“President Putin hasn’t made a decision yet and, until a decision is made, none of us will know what will happen next.”

But he said Russia “hasn’t got its way [as] Nato has not shut out people who wish to apply”.