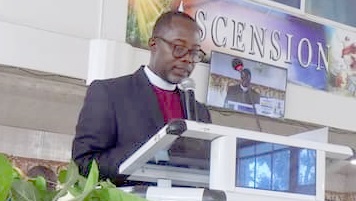 The scholarship scheme, which is to motivate the students to study hard, is also aimed at producing outstanding intellectuals to contribute their quota towards the development of the church and their communities, as well as the nation in general.

The Chairperson of the West Akyem Presbytery, Rev. Raymond Baah Abeka, announced this at the 27th Presbytery session of the church at Akyem Oda last Saturday which was attended by delegates from all the 12 districts under the Presbytery.

He stressed that even though education had been the bedrock of the national development agenda and the spread of the gospel, lack of adequate educational infrastructure in the schools from the basic to the tertiary levels was hampering the progress of education in the country.

Rev. Baah Abeka said the General Assembly of the church would soon come out with a plan to help address the challenge.

He, however, commended the Minister of Information, Mr Kojo Oppong Nkrumah, who is also the Member of Parliament for Ofoase-Ayirebi, for constructing a modern classroom block for the Akyem Ayirebi Presbyterian Junior High School and urged other politicians to take a cue from him.

The Presbytery Chairperson expressed concern about the non-availability of vehicles in all the 12 districts and gave the assurance that steps were being taken to provide at least five of the districts with dependable means of transport, preferably, pick-up vehicles within the shortest possible time.

According to him, any of the districts that was able to raise GH¢50,000 would be supported by the Presbytery with an equal amount to purchase the vehicle.

He called for the registration of all lands belonging to the churches under the presbytery to prevent encroachment and its attendant litigation.

Rev. Baah Abeka advised reverend ministers to accept transfers in good faith but not to consider them as punitive, adding “all ministers spend at least four years in a particular station”.

The Presbytery Chairperson said plans were far advanced for the presbytery to institute an award scheme to reward the districts that kept their church environments clean.

He emphasised the need for all Christians to pray for an end to the Russia-Ukraine war which had brought untold hardships on the entire human race, adding “in Ghana, the war has affected fertiliser importation while the prices of petroleum products had skyrocketed.”

The Dean of the Presbyterian University College, Reverend Dr B. Adu- Okore, praised the presbyterian headquarters for organising a series of seminars on entrepreneur development fund for agents, which is aimed at job creation for the unemployed and the under employed members of the church.

The Chairman for the function, Rev. Dr Kwame Amoa Kuma, a former West Akyem Presbytery Chairperson, called on the church to attach special importance to record-keeping for posterity.