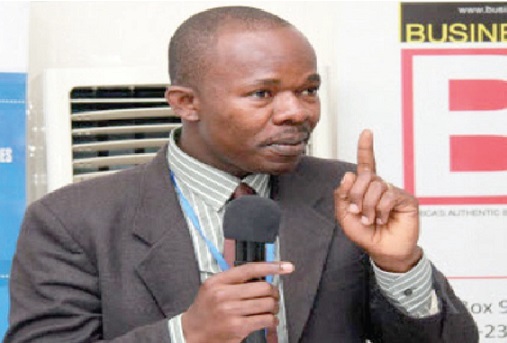 He said laws were required to criminalise offences, protect critical information infrastructure and to protect children, stressing that the cybersecurity fight was a collective effort.

Speaking on ‘’Cybersecurity Imperatives for National Development & the Role of the Academic Community” at the University of Ghana, Dr Bosiako said children especially could not distinguish between good and what could potentially harm them psychologically.

He also noted that it was time Ghanaians became cyber security conscious.

“Ghanaians are not really security conscious. So the culture here is not just about awareness but also what we call the Computer Emergency Response Team.

“As long as we are using digital systems, one way or the other attacks will happen so we need to stay prepared,” he noted.

“There are lots of gaps in firms so far as cybersecurity is concerned. In most cases, these firms do not have rooms for cybersecurity professionals or are not able to retain those they have to do so, a worrying trend,” he said.

Subsequently, he stated that academic programmes and internships should be aimed at developing the workforce of the country for cyberspace protection.

Dr Bosiako noted that it should also be integrated into our practices since the culture of cybersecurity cut across sectors.

“An example is being able to train a judge to appreciate cybersecurity and how its processes work. Integrating it will also strengthen partnership towards global stability in the cyberspace. This culture should also be integrated into our practices and risk management concept of thinking”, he added.

“The funding is not just about government taxation but also academia.

How can we link our research and development to develop products and solutions that can be used and the revenue stream can also contribute to cybersecurity development,” he said.

“So the financing for cybersecurity, the government is an enabler for this development but I’m speaking to academia where research begins, we need to look at the problem of financing cybersecurity as an opportunity when cybersecurity products and solutions are in high demand,” he continued.

To strengthen partnership towards global stability in the cyberspace, Dr Bosiako said we have become extremely dependent on western technology and it had become imperative that you engaged else you were done.

” No matter how hard we work to secure our cyber infrastructure, because of the dependency, if other countries are not protected it is almost cos 90 and we are the most vulnerable.

The current world order, digitally speaking, is interlinked so much that African countries and our systems’ dependency is so great, international collaboration is an imperative,” he said.

However, he stated that this did not mean we were immune to attacks and it meant we had the structures to achieve cybersecurity.

He also noted that with respect to academia, research could influence policy decisions by giving alternatives to reduce our dependence on the international ecosystem and that was what we needed to promote.

“Research and development towards self reliance. This is the key we need to take control,” he said.

CLOGSAG: Go and sleep if you disagree with neutrality allowance for civil servants – Bampoe Addo