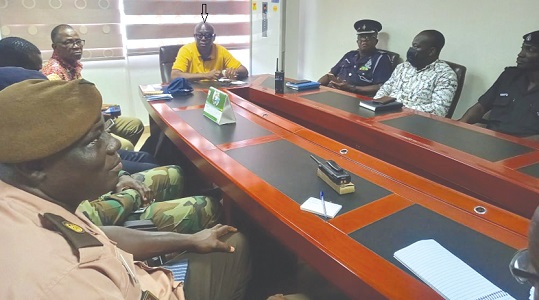 The Tamale Metropolitan Assembly (TaMA) is taking stringent measures to reclaim and protect all public school lands that have been encroached upon by some private developers and individuals.

To that end, the assembly is engaging the relevant stakeholders to map out strategies to help flush out encroachers on all public school lands.

The Metropolitan Chief Executive of Tamale, Sule Salifu, who disclosed this, lamented the wanton encroachment on public school lands in the metropolis and said if not checked, the practice could pose a threat to future developmental projects on schools’ premises.

“We cannot allow encroachers to take over our school lands so that in the near future, we will find difficulties in expanding schools’ infrastructure,” he stated.

He said that in an interview with journalists when he led members of the Metropolitan Security Council on a visit to the Banvim Presbyterian Primary and Junior High School to assess the encroachment situation in the school last Thursday.

During the visit, it was observed that a number of illegal structures and buildings were being put up on the school’s premises.

While appealing to the traditional authorities to help recover and protect school lands, Mr Salifu indicated the assembly would collaborate with the Tamale Metropolitan Security Council and all relevant stakeholders to devise pragmatic measures to demolish all illegal structures built on lands belonging to schools within the metropolis.

He, therefore, appealed to the government, traditional authorities and other stakeholders to join forces to help stop the encroachment and protect school lands for future use.