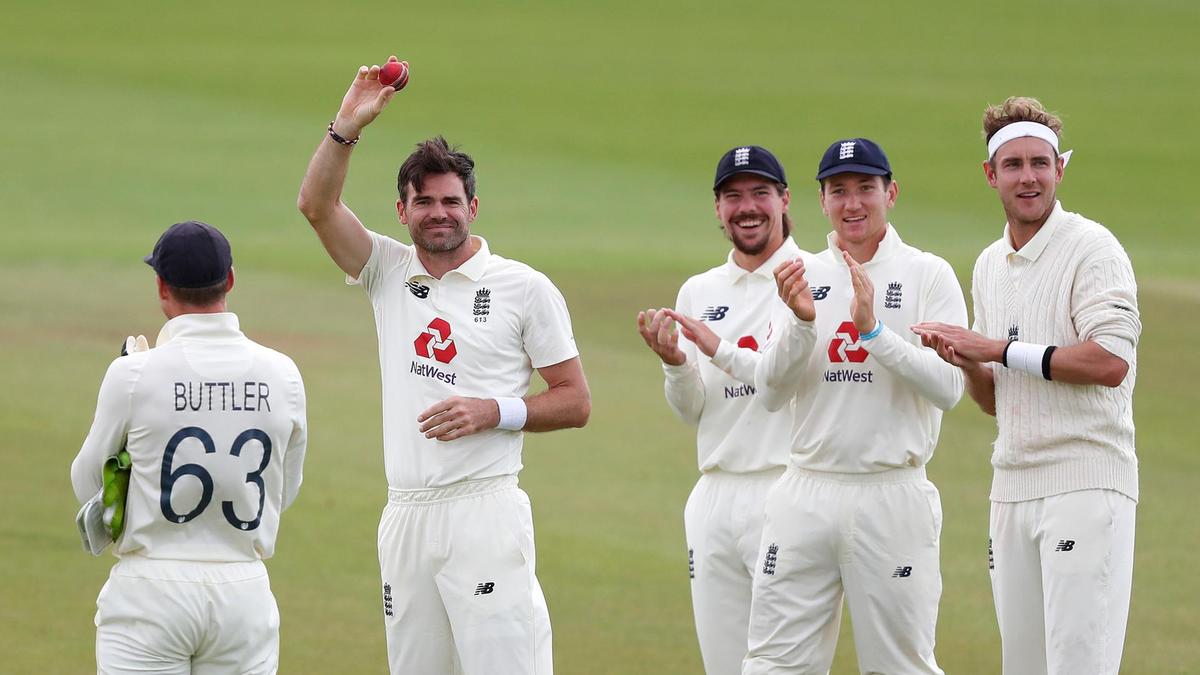 At the height of the coronavirus pandemic, when we thought England might not play any international cricket at all this summer, there was much discussion about how much it might cost the game financially.

Clearly, that is incredibly important, but perhaps only now, when six Tests have been played in the bio-secure bubble, are we realising how crucial it was for the development of Joe Root’s England Test team that these matches have been able to take place.

Right at the end, on the fifth day of the third Test against Pakistan, one final loose end was tied up.

For James Anderson to reach 600 Test wickets is not only a phenomenal achievement by a wonderful fast bowler, but it also means there are no complications surrounding future selection.

Sport is crazy. Figures, statistics and milestones matter. If Anderson had been stranded on 599, there would have been real pressure for England to play him during the winter in matches against Sri Lanka and India, conditions where he might not necessarily be an automatic pick.

Now, if England want to rest him and Stuart Broad – who reached his own milestone of 500 earlier in the summer – they can if they wish.

Anderson, at 38, and 34-year-old Broad go on and on. Anderson has repeatedly said he wants to keep playing and I can see Broad continuing for a few years yet.

The way England manage their old gunslingers, the conditions they will face on tour over the next two winters and the opponents they are set to come up against mean they are in for an intriguing 18 months.

They are ending the summer with more players in credit on the balance sheet than not.

In Zak Crawley and Ollie Pope they have two very exciting 22-year-old batsmen. Dom Bess is learning his trade as an off-spinner and Jos Buttler’s runs have been a tremendous bonus.

Now, though, depending on coronavirus, England face tours to meet Sri Lanka and India in the notoriously difficult sub-continental conditions.

Yes, England won the last time they went to Sri Lanka, but the wheels fell off on their last tour of India which, like this trip, came a year before they went to Australia for the Ashes.

Alastair Cook resigned as captain and batsmen Ben Duckett, Haseeb Hameed and Keaton Jennings were all tried, but did not make the Ashes tour.

It is for that reason England almost have to see this winter as a one-off, and not let any struggles that might occur destroy their plans for the future.

Take the openers, for example. We know Dom Sibley and Rory Burns have work to do on their techniques, but at the moment they seem most likely to be England’s long-term top two.

It would therefore be a mistake to throw them away if they struggle in India. Could England perhaps open with Jennings, who has done well in Asia, or Crawley, who has opened and plays spin well?

Similarly, do England stick with Buttler behind the stumps? His keeping is inconsistent and there will be a lot of standing up to the spinners.

Might they recall Ben Foakes to keep and play Buttler as a specialist batsman? There is nothing wrong with ‘horses for courses’ selections. It has gone on for years.

In the same way that England must find a way to navigate their way through the winter, next summer’s return Test series against India will see them again attempt to develop their pace bowlers, while at the same time acknowledging Anderson and Broad are their best options in home conditions.

They tried to do it this summer, both have been rested at various times, but is has unravelled, not least because of how vocal they have been about wanting to play.

You suspect that England are now not quite sure which way to go. Anderson and Broad are in their best team at home. We have not seen Mark Wood since the first Test and Sam Curran has not played much either.

Jofra Archer is one of the few players whose stock perhaps is not as high now as it was at the beginning of the summer, and you still get the feeling that England have not worked out the best way to use him.

Both Anderson and Broad want to make it to Australia, therefore England need to sit down with them and decide if that is realistic and, if it is, how they go about it.

If that means they must be rested from time to time, those veteran pace bowlers have to accept it.

You can see a situation where both men are valuable in Australia; Broad in Brisbane, Anderson bowling with the pink ball if there is a day-night Test in Adelaide.

Who can stop Exeter, why Edinburgh caught the eye and who should coach the Lions?