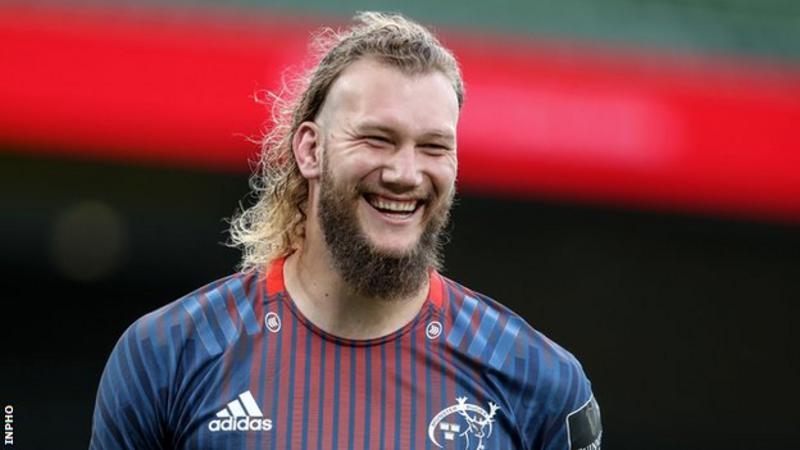 unster have confirmed that their South African second row signing RG Snyman could be out for up to nine months after sustaining a torn anterior cruciate knee ligament.

Snyman had to leave the field with the knee injury just seven minutes into his first appearance for the Irish province against Leinster on Saturday.

The Springbok will meet a specialist to discuss having surgery.

Meanwhile Munster will also be without prop Dave Kilcoyne and lock Jean Kleyn for the “immediate future”.

Kilcoyne injured his right ankle while Kleyn was taken to hospital with a neck ligament problem, with both now requiring rehabilitation periods.

Munster take on Connacht on Sunday at the Aviva Stadium in the Pro14 as they look to bounce back from their narrow 27-25 defeat by Leinster and secure a place in the semi-finals.