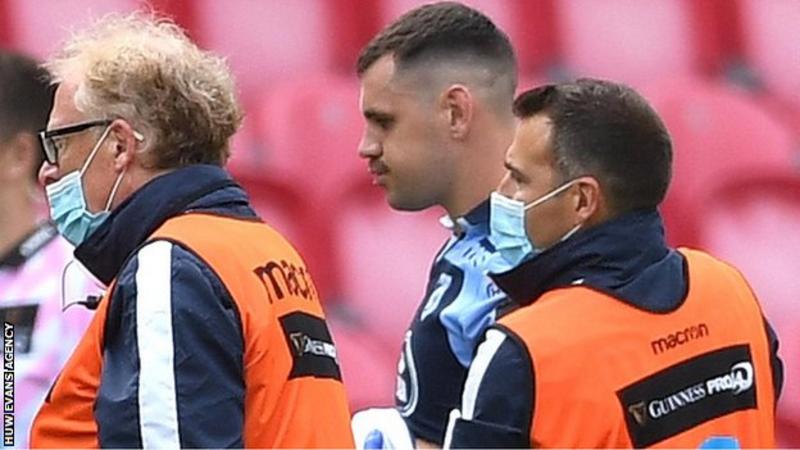 Wales will be without Cardiff Blues scrum-half Tomos Williams for their autumn games because he is set to have surgery on an injured shoulder.

The 25-year-old suffered the injury during last weekend’s Pro14 defeat at Scarlets and Blues expect him to be out for “three to four months”.

Wales are due to face Scotland on 31 October in their remaining 2020 Six Nations game.

They are then set to play in a still to be confirmed eight-nations tournament.

Wales are scheduled to be in a group with England, Ireland and Fiji, with three matches being played in November followed by a final on the opening weekend in December.

Williams has won 20 caps while competing with Gareth Davies and Rhys Webb for a place in the Wales starting side.

He started the 2020 Six Nations matches against Italy, Ireland and England and came on as a replacement against France.

The WRU brought in the selection policy in October 2017, meaning players would not be picked if they had won fewer than 60 caps and opted to play their domestic rugby outside of Wales.