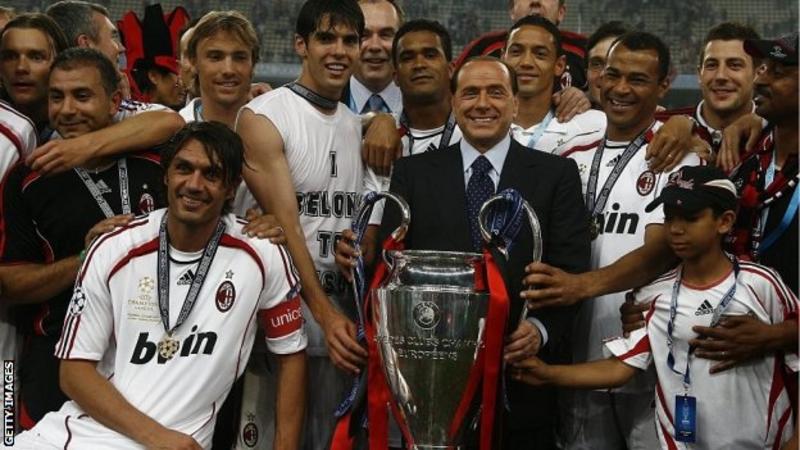 Situated 12 miles north-east of Milan, the city of Monza, best known for being the home of Italian Formula 1 races, now has a football team with a new-found ambition and, courtesy of the millions of euros and contacts Berlusconi brings, links to players such as Zlatan Ibrahimovic and Kaka.

Berlusconi, who oversaw five Champions League titles and eight Serie A championships as Milan owner between 1986 and 2017, and Galliani, his former chief executive at I Rossoneri, have already taken their new club from Serie C to Serie B for the first time in 19 years.

And while Berlusconi’s motivations for buying the club in the summer of 2018, just 18 months after he left Milan, are still not clear, the target is much more obvious: to take Monza to Serie A for the first time in their history.

The first step has been completed. Because of the Covid-19 outbreak, the Serie C season was suspended and Monza were awarded automatic promotion to Serie B, a tier in which they last played in 2001.

“How did I experience our feat? I made a toast at home with my daughter, since we can’t have any public celebrations at the moment. Credit to the players, coaches and managers, and also a bit to myself,” the ever humble Berlusconi, 83, said in an interview with local newspaper Cittadino di Monza.

“I always spoke to the boys and told them what to do on the pitch. What I expect for Milan v Monza? Probably I won’t wear any scarf… my heart beats for both clubs.”

Berlusconi was first elected as Italy’s prime minister in 1994 and served a further two terms.

In August 2013 he was convicted of tax fraud and sentenced to four years in prison, but instead did community service because of his age.

Promotion to Serie A could be achieved just three years after Berlusconi bought the club, but then again everything about Berlusconi and Monza happens quickly.

“In one of our breakfasts in Arcore, I whispered to him that the Colombo family was selling the club,” Monza-born Galliani has recalled.

“During lunch, he asked his guests what they thought of it. I didn’t say anything, so he turned to me: ‘Adriano, go and do it’. By the end of the day I had bought the club for him.”

Bought in a deal worth a reported 3m euros through his family holding company Fininvest, Monza have already benefitted from more than 10m euros worth of investment, mainly in facilities restoration.

Apparently, 30m euros will be made available in an attempt to clinch a second consecutive promotion.

“We are not here to hide, we want to take Monza to Serie A,” insisted Galliani, “and we think we have the necessary know-how”.

The squad was definitely well equipped for Serie C.

Berlusconi has laid out a goal to scout the best youngsters and develop them into top-flight players. But there are, of course, big signings.

With the Serie B season set to start at the end of September, the Biancorossi have signed Croatian league top scorer Mirko Maric from Osijek for around £4m, as well as Polish league top scorer and Denmark striker Christian Gytkjaer from Lech Poznan.

Alongside them, Giulio Donati has joined from Lecce and Antonino Barilla from Parma is on his way. And the ambition doesn’t stop there.

Earlier this year, Galliani said he had tried to lure Milan and Brazil legend Kaka out of retirement,

“He is a good friend of mine, but that’s impossible,” Galliani recently said with a smile.

Then there’s the matter of Ibvrahimovic, who is still playing at the highest level in his second stint at Milan, at the age of 38.

“I like it; this is how a sport director works. The first time he brought me to AC Milan, he came to my place in Sweden and said: ‘I am not leaving until you come with me’.

“My wife Helena looked at me terrified: ‘he’s crazy, what does he want?’ ‘We have to go,’ I told her, ‘otherwise he won’t leave’. If you really want something, than you have to take it. With facts, not only with words.”

A likely extension at Milan, and obvious budgetary constraints, might be insurmountable hurdles for Ibrahimovic arriving at Monza, but with Berlusconi and Galliani, anything is possible.