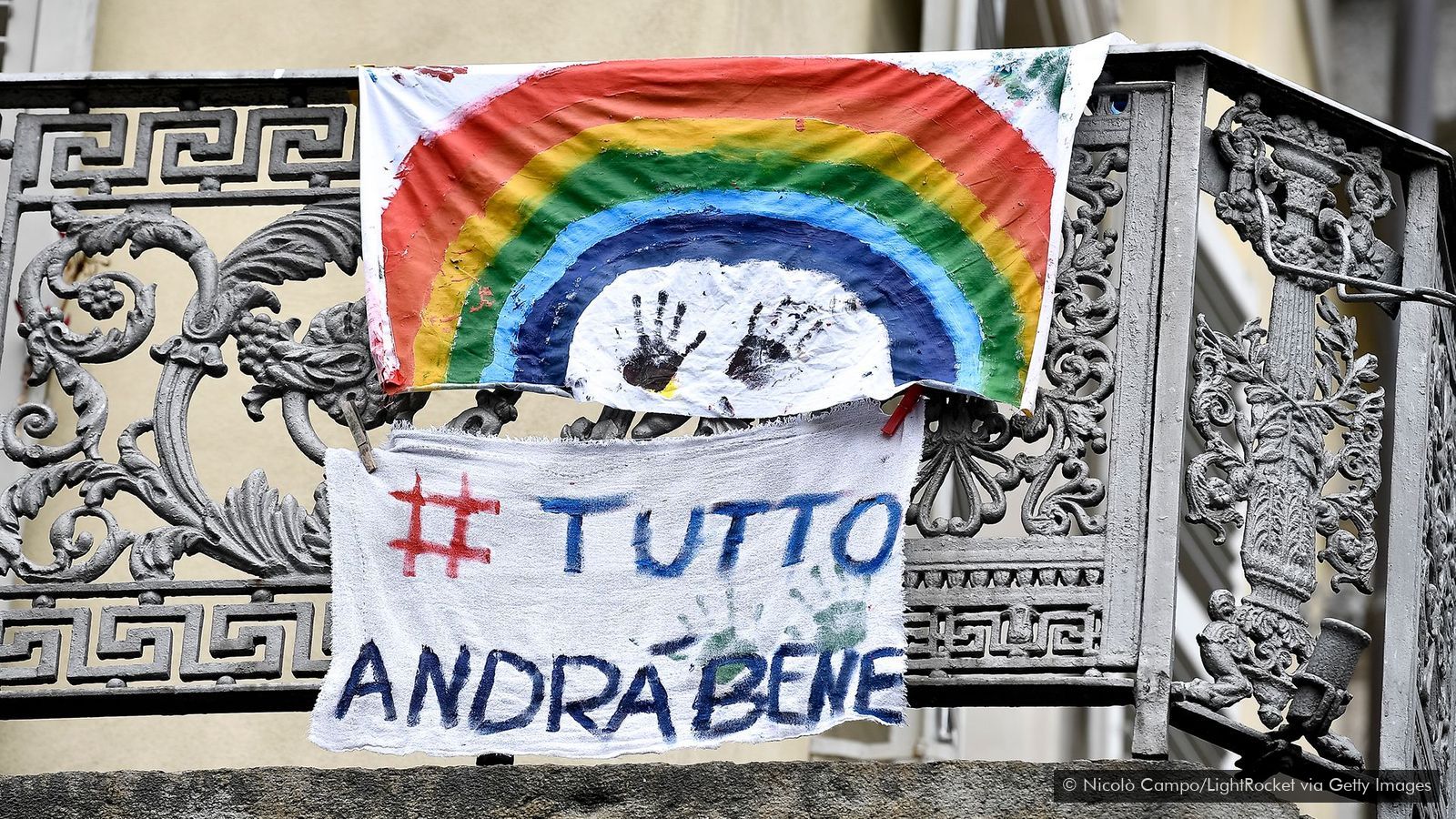 Since the lockdowns in Europe started in March, colourful images of rainbows have appeared in windows across the globe. Gaia Vince looks at their meaning throughout history. Y

You might have noticed a handmade motif brightening your neighbourhood windows in recent weeks. Children’s painted rainbows have been popping up in windows across the world as schools close and households observe social-distancing rules. In those countries where exercise is allowed, children can count them as they walk by, enjoying a sense of community at a time when they cannot see their friends or visit playgrounds, and perhaps gleaning hope of a brighter time once the pandemic storm passes. 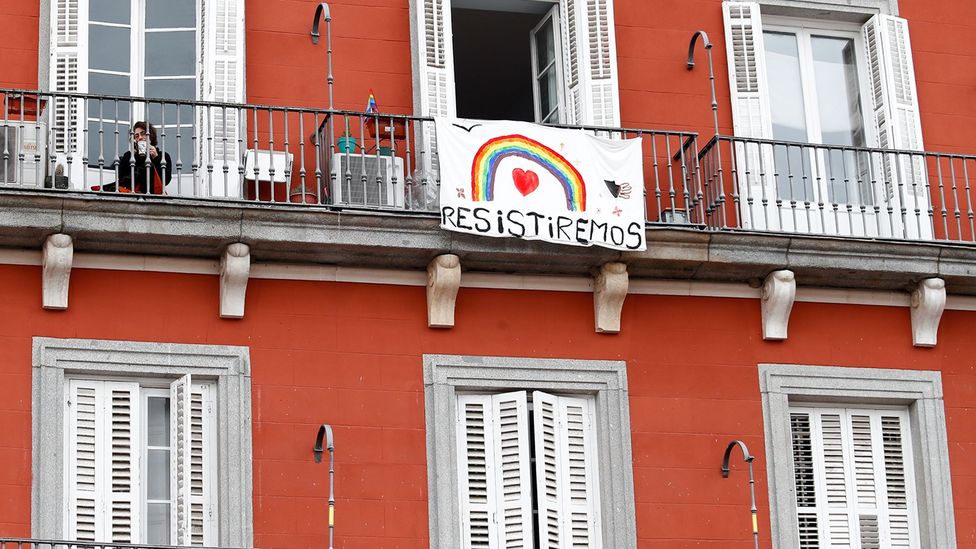 A rainbow banner that says ‘We will resist’ hangs on a balcony in Madrid (Credit: Óscar J Barroso/Europa Press via Getty Images)

An idea that’s thought to have started in Italy after the lockdown in March, it’s captured imaginations across Europe and the US, with rainbows posted up in flats and houses around the world. You might have painted one yourself or helped someone make one.

Rainbows are a symbol of hope in many cultures. They appear as perfect arcs, often during a rainstorm when the sun shines onto water droplets, shattering its white light into an array of brilliant colours. (They are actually full circles, but to see the half that falls below the horizon, you would have to view the rainbow from the sky, such as in a plane.) In Christian culture, a rainbow promises better times to come – the Abrahamic god sent one to Noah after the great flood as a sign that people could go forth and multiply without fear of another calamitous drowning. Rainbows are frequently represented in Western art and culture, as a sign of hope and promise of better times to come. 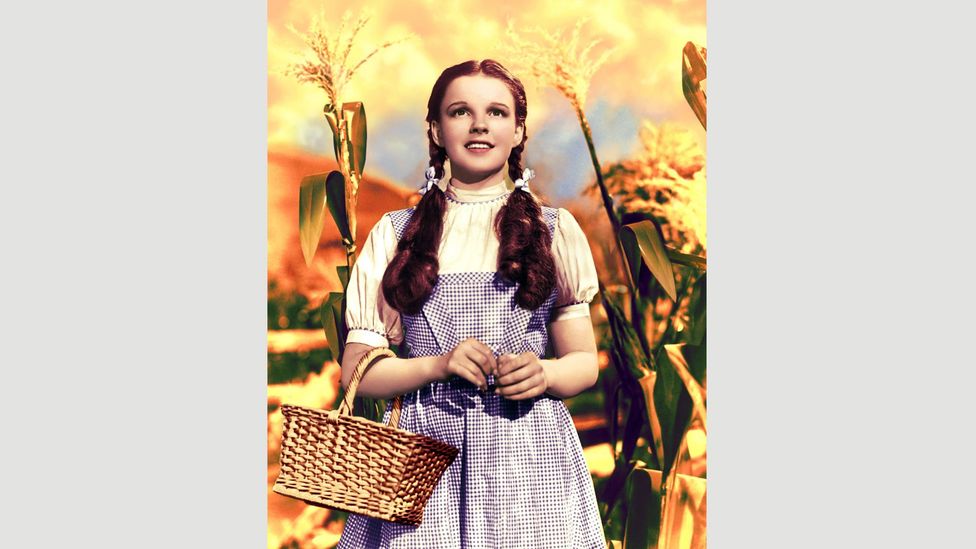 After Aunt Em tells Dorothy to find ‘a place where you won’t get into any trouble’ in The Wizard of Oz, the girl (played by Judy Garland) sings Over the Rainbow (Credit: Alamy)

However, the hope expressed in a rainbow is frequently tinged with pathos. According to Irish legend, the end of a rainbow marks where leprechauns have buried a pot of the gold they stole from the Vikings. But since you can only see a rainbow if you are far away from it, and they appear to move as you move, the promise remains elusive. Somewhere over the rainbow, “dreams come true” and “troubles melt like lemon drops”, as Judy Garland sang in the Wizard of Oz musical. But this magical place is unattainable, she laments: “Birds fly over the rainbow – why then, oh why, can’t I?”

Spirit in the sky

Rainbows are a relatively common meteorological phenomenon, presumably seen by every human since the dawn of our species, and across the world cultures have sought diverse meaning in a translucent arc in the sky. For the Aboriginal people of Pennefather River in North Queensland, Australia, the rainbow is a very brightly coloured snake that appears to stop rain that has been made by their enemies. The rainbow-serpent is a very important and powerful spirit throughout Aboriginal Dreamtime culture, thought to be the oldest continuous religious belief in the world, and is depicted in rock art dating back at least 10,000 years. 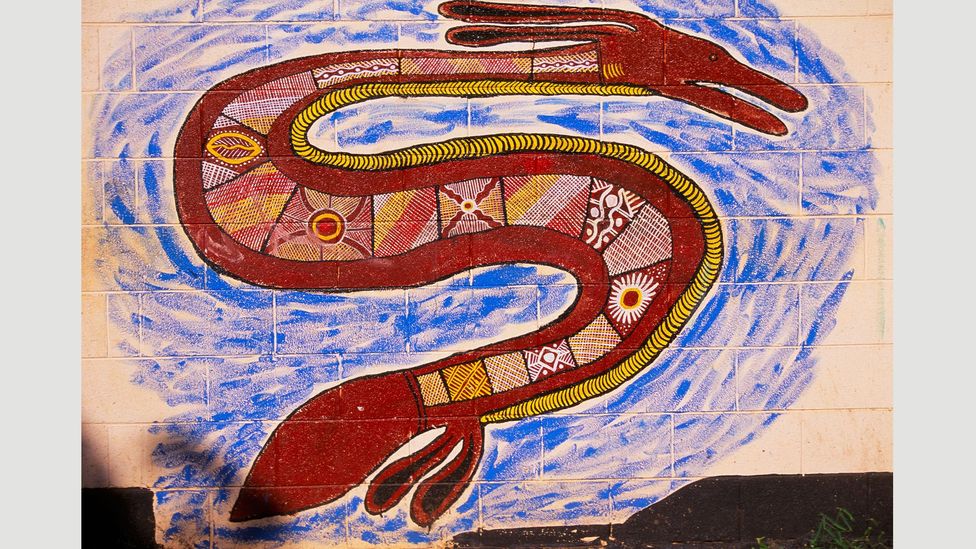 According to Aboriginal folklore, when a rainbow appears, it is said to be the Rainbow Serpent moving from one waterhole to another (Credit: Alamy)

Rainbows have also been spiritually important to Western cultures – for the Ancient Greeks and Romans, the arch of colour was the visible form of the fleet-footed messenger goddess Iris. For Buddhists, it is possible to become a spiritual rainbow body – the rainbow symbolises the highest state that can be reached before Nirvana or enlightenment.

For some cultures, rainbows are not themselves gods, but bridges between their world and ours, a pathway leading to the light and the heavens

For some cultures, rainbows are not themselves gods, but bridges between their world and ours, a pathway leading to the light and the heavens. Some Indonesian societies see a rainbow as a bridge used by soul boats as they journey to the spiritual realm, for instance. Whereas in Norse mythologies, a rainbow – called Bifröst – was a burning bridge connecting Asgard and Midgard, the kingdoms of gods and men respectively. In Japanese myth, the rainbow is a Floating Bridge of Heaven on which the male and female creators of the world descended to create land from the ocean of chaos. 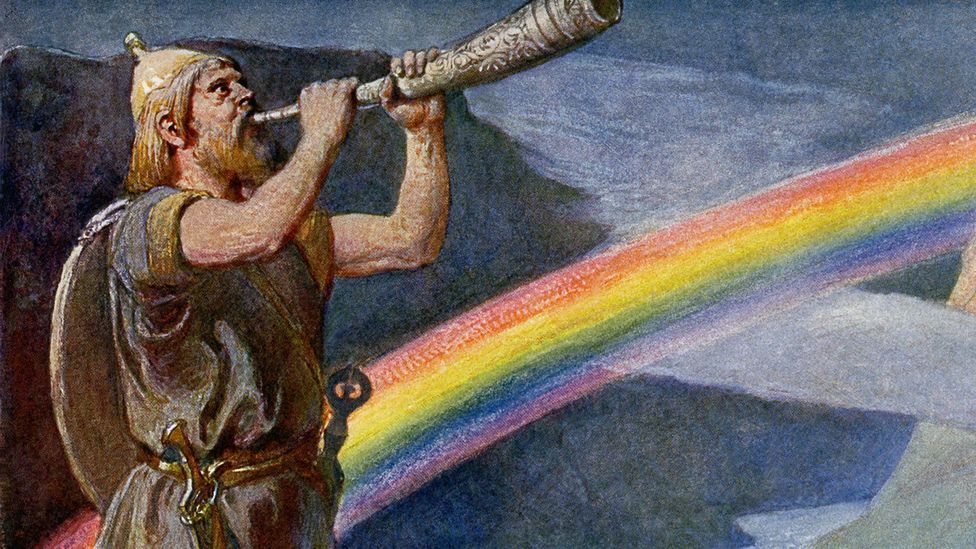 Some scholars have suggested that the rainbow bridge of Norse mythology could have originally represented the Milky Way (Credit: Alamy)

Hindu legend has the rainbow as an archer’s bow used by Indra, the god of thunder and war, who shoots arrows of lightning. Pre-Islamic Arabic culture also believed the rainbow to be a divine bow for firing arrows. For the Chinese, it was a crack in the sky, made by five coloured stones cast by the mother goddess Nüwa. Mayan cultures believed the arch was a crown worn by Ix Chel, a mother goddess associated with the jaguar and with rain. Armenians believed it was the belt of Tir, the sun god; whereas for the Cherokee, it is the hem of the sun’s coat.

While some cultures marvel at and worship rainbows, others fear them. Some MesoAmerican societies believe they are bad omens and hide their children away when they see them; the Karens of Burma believe it is a dangerous demon that eats children; whereas Bulgarian legend has it that walking under a rainbow causes someone to change genders. 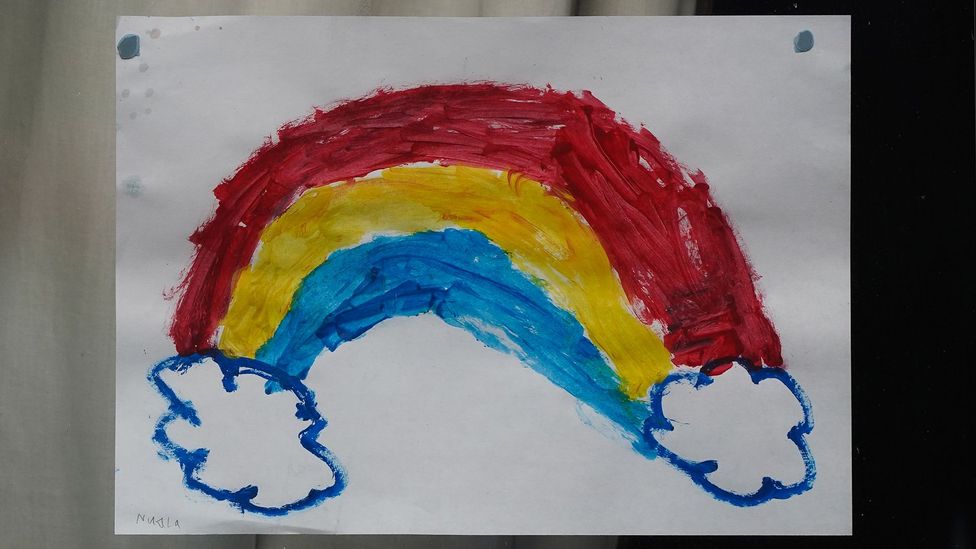 Homemade rainbow signs have been stuck in the windows of homes in the UK (such as Saltburn by the Sea, pictured) over recent weeks (Credit: Ian Forsyth/Getty Images)

More recently, the diversely coloured rainbow has been used to reflect diversity in sexuality, becoming the international symbol of the gay movement. Gilbert Baker, an artist and drag queen, first created the rainbow flag in 1978, and it has been used extensively to depict pride, defiance and also hope for acceptance, respect and equal rights for this marginalised group.

Now, as schools, playgrounds and museums fall empty, the world’s children are using a rainbow symbol to remind us all they are here, hidden away but hopeful.