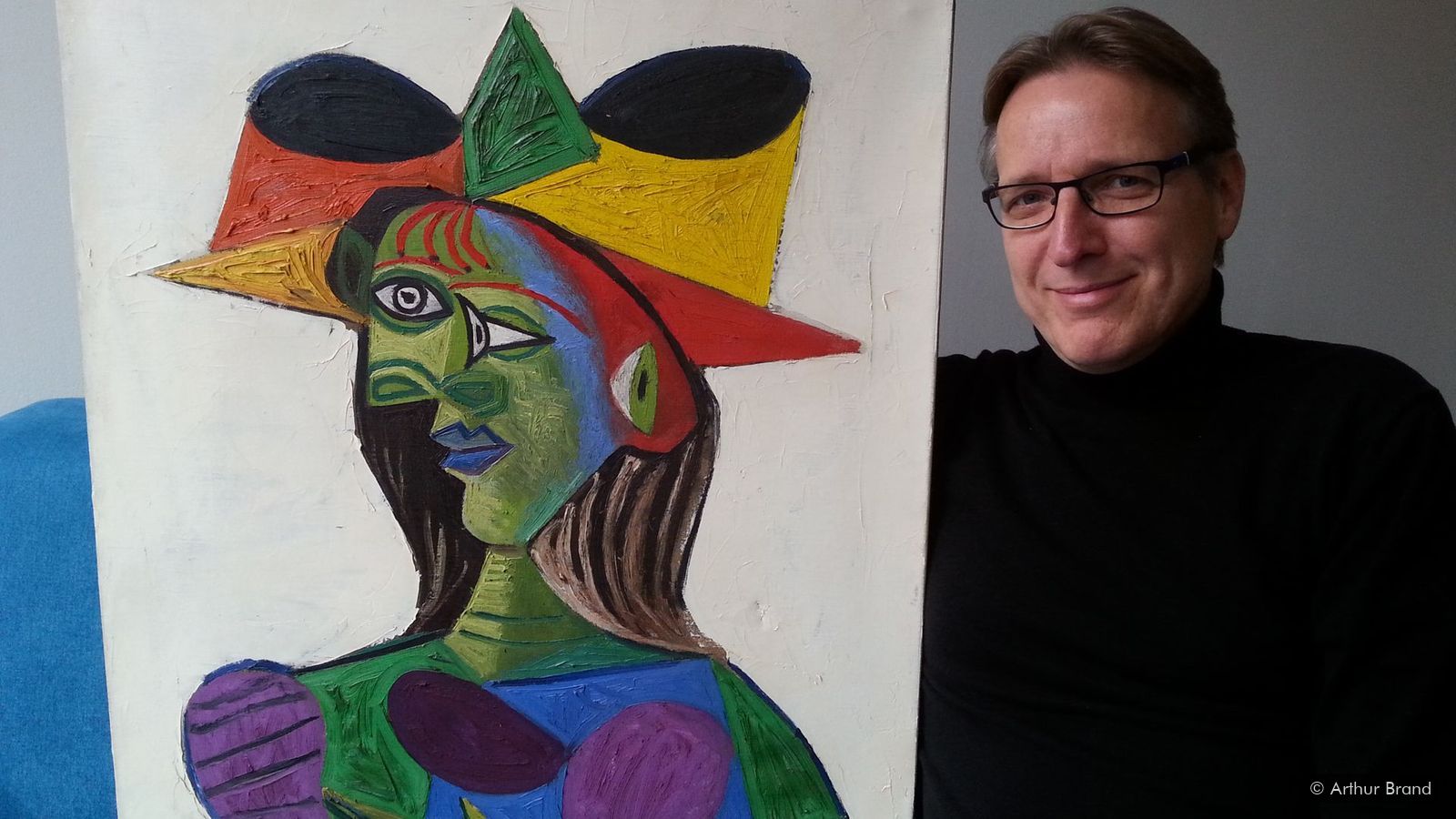 Dubbed ‘the Indiana Jones of the art world’, Arthur Brand has spent his life tracking down the world’s great stolen masterpieces, from Picassos to Van Goghs. He talks to Ralph Jones. I

In the dead of night, as the rest of the world is asleep, someone might call Arthur Brand in his Amsterdam apartment with secrets about a stolen work of art. Picking up the phone, Brand can’t tell them that it’s an inconvenient time. “You have to work 24 hours, seven days a week,” says the investigator, who has been dubbed ‘the Indiana Jones of the art world’ – “because if you give them too much time to rethink it, they’ll never call back.”

The call could be a tip-off, a lead, or a confession of sorts. It could be the first breadcrumb Brand needs to begin tracking down a multi-million-pound painting. Last March the 50-year-old, who has bright blue eyes, light, floppy hair, and a wry smile, recovered Buste de Femme, a Picasso painting that he thinks is worth around £70m ($86m). 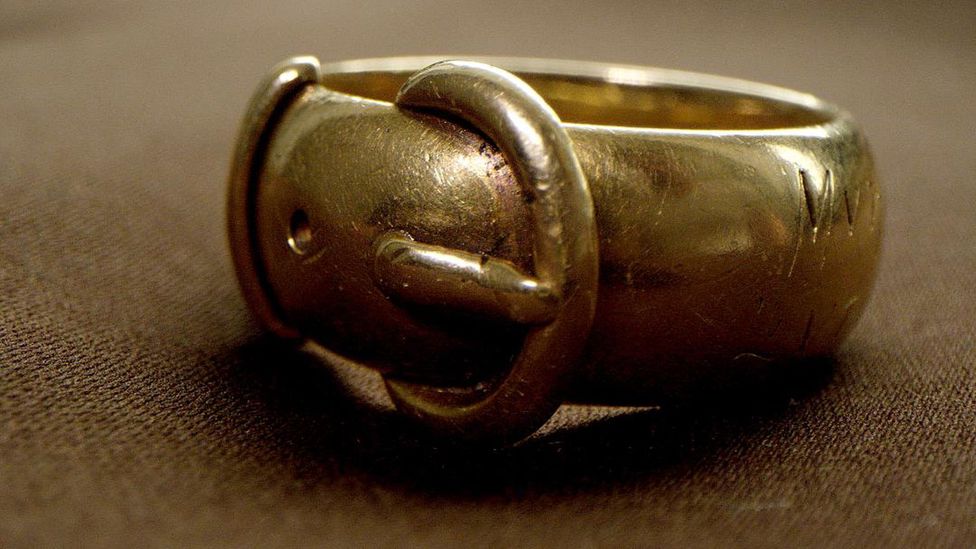 His most recent headline-grabbing retrieval was a stolen ring of Oscar Wilde’s, which he returned to Oxford University’s Magdalen College

After making inquiries about the painting, which was stolen from a sheikh’s yacht in 1999, he was approached by two men representing a Dutch businessman. The man had bought the Picasso, unaware of its criminal provenance, and the men took it round to his apartment, where it was his for one tantalising night. Brand estimates that, not including Buste de Femme, he has tracked down several dozen works of art, worth around £250m ($307m) in total.

Brand was living in southern Spain as an exchange student when he first became interested in the art world, joining some gypsies on a treasure hunt and discovering three silver Roman coins. “I decided that my future should be marked by investigating the past,” he said in a 2015 TED talk. He began to comb through newspapers for stories about stolen works of art, writing down the names of people involved. He believes he is the only art detective on the planet.

He is currently working on multiple cases, including the theft of Georges Braque’s La Nappe Blanche from a Swedish museum in 1993, and the 1990 Isabella Stewart Gardner Museum case: history’s biggest art heist, in which around $500m worth of art was stolen from the Boston institution by two thieves dressed as policemen. But while he is renowned for his detection work, his main source of income is more traditional art consultancy. That’s because, for the most part, he takes on investigations under his own steam and at his own expense. Only once has he been hired by a museum. He also rarely receives any direct financial reward for his successes – though he did  accept the modest sum of £3k for his most recent headline-grabbing retrieval, last December, when he returned to Oxford University’s Magdalen College a stolen ring belonging to Oscar Wilde.

I cannot drive a car; I cannot change a light bulb; but I don’t make mistakes in my work – Arthur Brand

He has not told the press before, but when he sent photos of the recovered ring to Magdalen they told him it was fake. They believed the ring’s Greek inscription to be on the inside, not the outside. He couldn’t believe it: “I cannot drive a car; I cannot change a light bulb; but I don’t make mistakes in my work.”

Convinced that Magdalen were wrong, Brand did his research. Eventually he discovered a letter in which Wilde says that the inscription is on the outside. “I was so mad at Oxford,” Brand says. “It was the most stupid adventure of my life.” He felt so “incredibly disrespected” by them that he decided not to go to the handover of the ring. 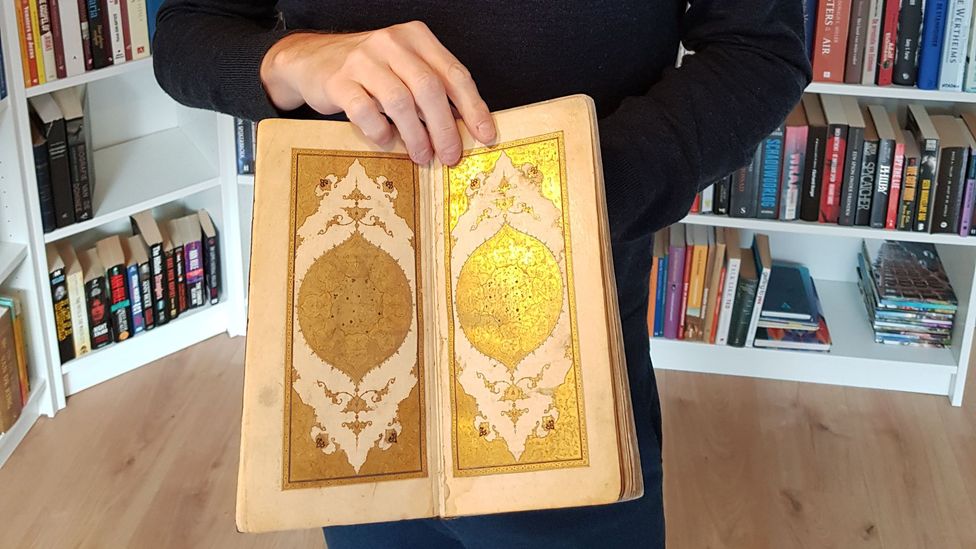 The world loves an art heist. It tends to be a crime in which no one gets hurt, and there is a sneaking suspicion that the public might even enjoy it when the plucky thieves manage to triumph over the establishment – the museums, the galleries, the moneyed world. But, because every good robber needs a cop, the world is also fascinated by Arthur Brand, the vigilante expert who tries to return works of art to their rightful owners.

A valuable painting is stolen from a museum. Police search for evidence, they chase leads, but two years on they are none the wiser about the whereabouts of the painting. After these two years are up, their investigation comes to an end. This is where Brand comes in. A typical case can take him around eight years to crack. “It’s a very hard job,” he says. “A lot of blood, sweat and tears. Nobody pays you but at the end you can write books about it, which are translated into seven or eight languages.”

A race against time

In late 2018 he received a call from an Iranian art dealer living in Germany. Eleven years earlier, some books of great value had been stolen from Djafar Ghazy, an Iranian book collector living in Munich. The art dealer told Brand that he had been approached by three men with links to the Iranian embassy who said they were searching for a book called the Divan of Hafez, a 15th-Century manuscript worth hundreds of thousands of pounds. Though the book legally belonged in Germany, Brand thinks that the Iranians believed that if they found it first, they could simply take it back to Iran. “If I find it before they find it,” Brand told the dealer, “it goes back to the legal owner and they are off your back.”

The criminal art world is like a pyramid – at the top, you have 30 or 40 persons who more or less control the whole illegal art market – Arthur Brand

He started his investigation in London because, Brand says, it is one of the centres of the criminal art world – and because many rich Iranians live there. He sent a middle man, antiquities dealer William Veres, around the criminal underworld to ask questions. When one man seemed curious, Brand met Veres and this contact in a shady bar. The contact started to sweat, says Brand, and admitted that he knew the person who had bought the book. Because the buyer knew that there were Iranians also asking about the book, he had become nervous and flown to Paris so that he could get his money back. Fearing they’d never see the book again, Brand made an empty threat to the contact: “Look, you’ve got to call this idiot right now in Paris and tell him he takes the first flight back or I will call the Iranians and tell them his name.”

The empty threat worked. The buyer came back to London with the book. Brand picked it up and travelled to Germany in January this year to hand it over to Ghazy’s family. He had beaten the Iranian secret service. 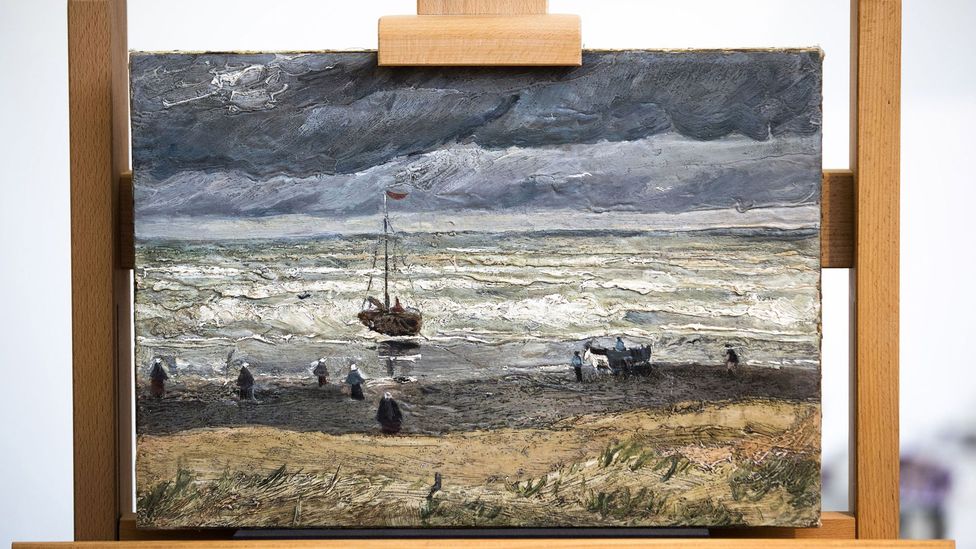 The impression you get from listening to Brand is that the art world is rotten to the core. Fake art is the third largest criminal activity on Earth after drugs and weapons, and Brand believes that as much as 10% of what is on display in museums is fake. “The criminal art world is like a pyramid,” he says. “At the bottom of this pyramid you have hundreds of thousands of people but when you come to the top of the pyramid you have 30, 40 persons who more or less control the whole illegal art market.”

When Brand goes in search of a missing artwork, he can seek help from “decent art dealers” but art dealing is not an altogether innocent profession. “The criminal art world and the official art world are not completely divided,” he says. “It’s all about money. Most people are in it for the money and are just trying to make as much as they can.”

Brand has therefore had few qualms about turning to those with more obvious criminal connections. “You always have to work with somebody who has been trusted by the other side,” he says. He once discovered that a couple of paintings were in the hands of a serious criminal group, who were given them 10 years after the original robbery as part-payment for a drug deal. Brand approached them and told them that they were in trouble because if they tried to sell the paintings, they would be selling stolen property. Often, if a group were to report the paintings to the police, the police would expect names in exchange for immunity. Brand doesn’t. He asked for the paintings back, promising the gang they were not in trouble. He got them back. One day, grateful and flabbergasted that he had kept his word, they called Brand and said that they knew about a hit-and-run job about to take place at a European museum. Because of the tip-off, Brand was able to prevent it.

Art thieves are, in fact, one of the few groups who truly understand what his work is like. He has received threats and is constantly at risk of upsetting someone or other. People who appreciate his work can be a source of comfort. One of the world’s most notorious art thieves, Octave Durham, also lives in Amsterdam. Brand was chasing Durham in 2002 for having stolen two Van Gogh paintings. The following year, Durham was arrested, and subsequently served two years in prison, but it wasn’t Brand who caught him. The first time the thief and the investigator saw each other on opposite sides of the street in Amsterdam in late 2018 they stared at one another for a long time, each of them trying not to blink. But, moments later, the pair decided to go for a beer together. Brand condemns all crime but points out that Durham abhors violence like he does. At one point Durham laughed and told Brand that he had never managed to catch him. “Well,” Brand said in response, “there is still some time to go.”

Rainbows as signs of thank you, hope and solidarity