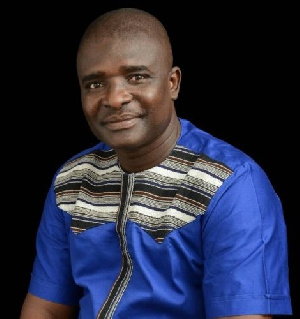 A Deputy Communications Director of the New Patriotic Party (NPP), Kamal Deen Abdullai, has stated that his party has no vigilante groups.

Speaking on TV3’s New Day on Monday, November 2, Kamal Deen said: “We don’t have it, there are no groups like that.”

He was responding to a question on groups such as the Invisible Forces and the Delta Force.

The former Nasara Coordinator of the NPP indicated that he is unaware of any such group existing in the name of the governing party.

”We may have had it in the past but now we have disbanded them. They are not in the party anymore. The National Youth Organizer and other members of the NPP have all agreed that we don’t need people like that. We have made our point clear.”

For his part, Member of Parliament for Adaklu Kwame Agbodza, who spoke on behalf of the National Democratic Congress (NDC) on the show, stated that ”I don’t know of any vigilante group”.

“I’m a Member of Parliament I don’t know any person from my constituency who is a member of any vigilante group.”

Prior to the signing of the Vigilante Act, groups like Azorka Boys, Delta Forces and Kandaha Boys have represented their parties in violent manners.

Keeping close eye on hotspots ahead of December 7 elections

Ghana will develop only if political parties align their manifestos to national development plan – Prof. Omane-Antwi