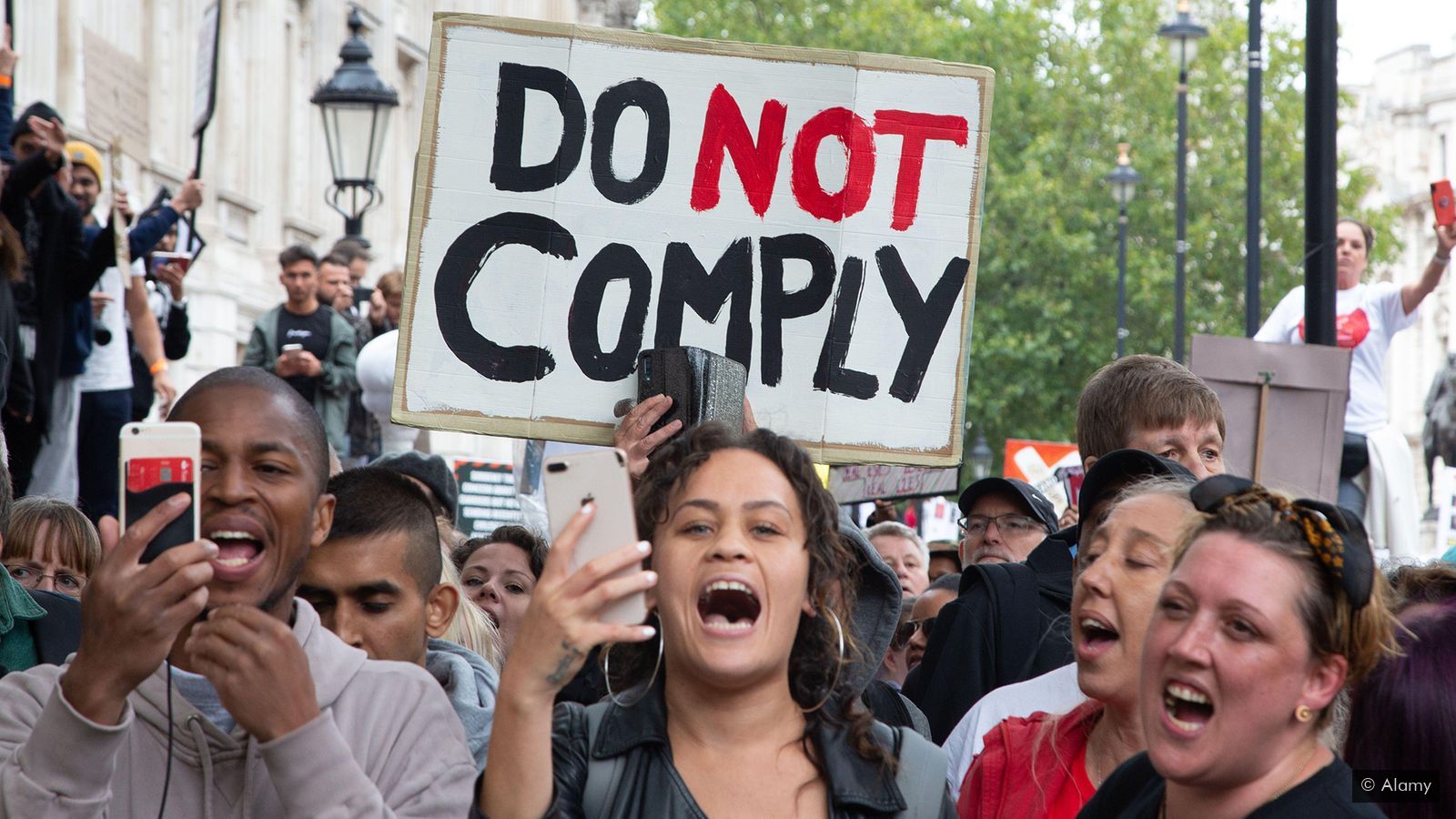 Wearing a seat belt or a face mask is known to save lives, so why do some people still refuse to put them on and even protest against laws requiring them?

“I just hate them,” says one woman when asked why she refused to put one on. “I think I hate them because you have to wear them, and I think it’s more of a ‘you’ve got to wear it’, so I don’t want it.”

“I think, whether you’re male or female, it’s a dominance thing,” replies the man next to her. “I’m in charge, you don’t tell me what to do.”

It’s the sort of reasoning you might expect from protestors who refuse to wear masks when out in public during the pandemic. Their objection is not just about comfort, or even scepticism that they can save lives. It’s also resentment about being told what to do by authorities. Except the interviewees above were not upset about laws that have made face masks mandatory in public spaces in many countries. Instead, they were talking about seat belts.

The interviewees were British drivers who admitted to not wearing their seat belts while in cars in 2008, despite it being a legal requirement in the UK to wear one in the front seat of a vehicle since 1983 and in the back seat since 1991.

The comparison between face mask and seat belt protests is a popular one. Celebrities have used it to point out that abstainers have always existed. The media has pointed to it in an attempt to explain the origin of protests against a measure that could help to control the spread of the pandemic. But the introduction of seat belt laws was far less straightforward than the requirement to wear face masks. It was messy, fraught and slow. 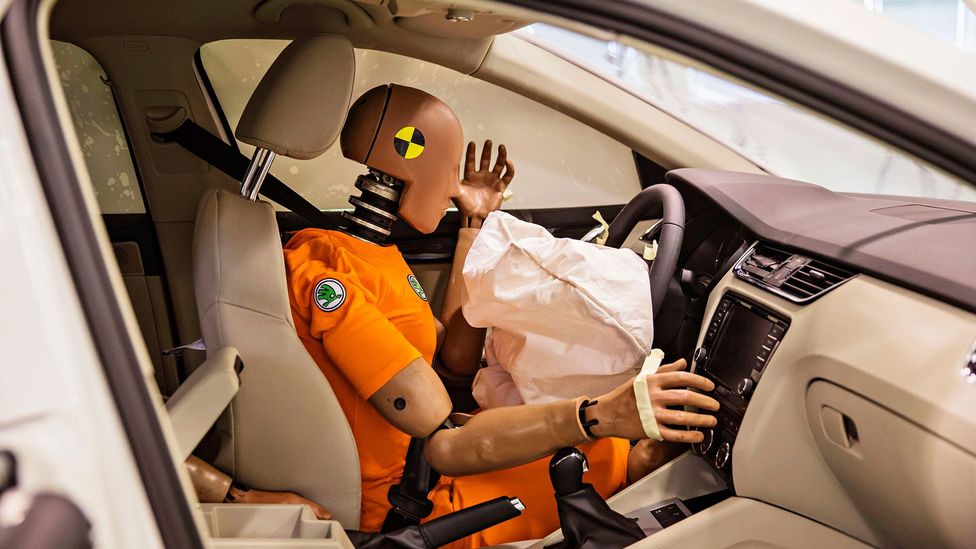 Early road safety campaigns pushing for the mandatory use of seat belts led to fears that they would be introduced at the expense of air bags (Credit: Alamy)

But there is a lot we can learn from the introduction of seat belt laws and other public health interventions. Why, for instance, does there seem to be differences between the adoption of the rules in different countries? And why are some people prepared to challenge a health measure that will surely save lives?

While the evidence that seat belts save lives is undeniable, there was a time when their introduction looked uncertain. Car manufacturers, insurance companies, law enforcement, politicians and drivers all had vested interests in seat belt laws.

For the car manufacturers, the issue was cost. At the time they were hopeful that seat belts would become mandatory because they were much cheaper to fit than airbags – the other technology for which lobbyists were campaigning. “[If seat belts became mandatory], proponents of the airbag, which inflates upon impact in a collision to protect riders, fear the device will never achieve widespread use,” wrote the New York Times on 28 Feb 1985.

A single airbag in the mid-80s cost up to $800, compared to a few dollars for a seatbelt. Had the law required all cars to carry airbags, new car prices would have appreciated accordingly creating a mini-shock to the market.

Motorists were most interested in comfort. One survey found that 86% of Americans recognised that seatbelts saved lives, while only 41% of those people actually used them (other surveys suggested the number was even lower in other countries). Meanwhile as many as 65% of Americans were against seatbelts being made mandatory for reasons of comfort.

Insurance companies preferred airbags to seatbelts. The benefit of an airbag is that it is “passive” – it’s there ready to save your life. If an airbag was fitted, a driver had no choice whether to use it or not, reducing the injuries and deaths from accidents and therefore the companies’ payouts. The police were against having to stop motorists to enforce the law. A passive airbag would mean officers could avoid traffic stops.

So the pro-seatbelt bloc faced off the pro-airbag bloc. But the debate was not usually centred on which saved more lives. 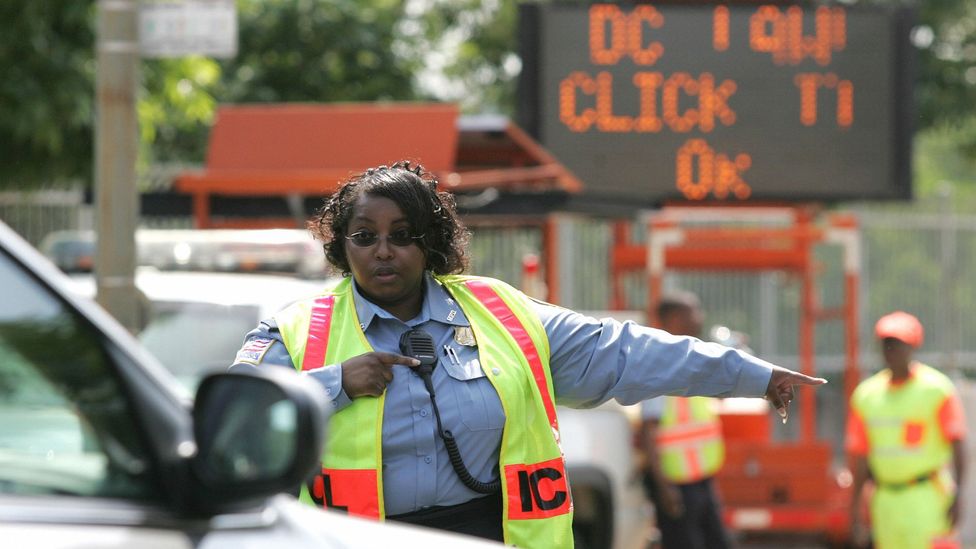 The laws on seat belt use and their enforcement is still patchy across the United States (Credit: Getty Images)

New York was the first US state to introduce a law requiring the use of seat belts in the front seats of cars on 1 January 1985, a couple of years after the UK, Canada, France and Germany.

But the seat belt laws took years to introduce fully. In some countries, the gap between their first introduction for front-seat drivers and back-seat passengers was decades. Japan, for example, first made seat belts mandatory in the driver’s seat in 1971, but for back-seat passengers it took until 2008 to become law.

The laws were also introduced in certain countries and states before others, meaning you could drive across state lines in the US, be required to wear your seat belt when you set off, but be able to take it off during your journey. And New Hampshire still does not have a law requiring adults to wear seat belts.

In the US, there are three states where helmets are not mandatory for motorcyclists of any age

The same baffling approach applies to other public health interventions, such as the introduction of motorcycle helmet laws. In the US, there are three states (Illinois, Iowa and New Hampshire) where helmets are not mandatory for motorcyclists of any age, but they border states where all riders must wear one.

In Illinois, another state to introduce new seat belt laws in 1985, not wearing a seat belt was considered a petty offence when first introduced, punishable with a fine of up to $25 (almost £50 adjusting for inflation). The modest fine was supposed to reassure motorists that the law was not to be strictly enforced. Instead, police officers publicly announced they would issue the fine only if there were other offences worthy of pulling the motorist over. The statute even went one step further by stating that violating the seat belt law could not be considered negligence, which meant insurers would still have to pay out if a driver had injured themselves while not wearing one.

And yet, four motorists who were charged under the new law tried to challenge its constitutionality in court. There was precedence: when Illinois introduced laws requiring motorcyclists to wear helmets in 1969, the Illinois Supreme Court ruled it an unconstitutional restriction of personal liberty – a ruling which still stands today. On this occasion, however, the court ruled against the motorists who brought the case. 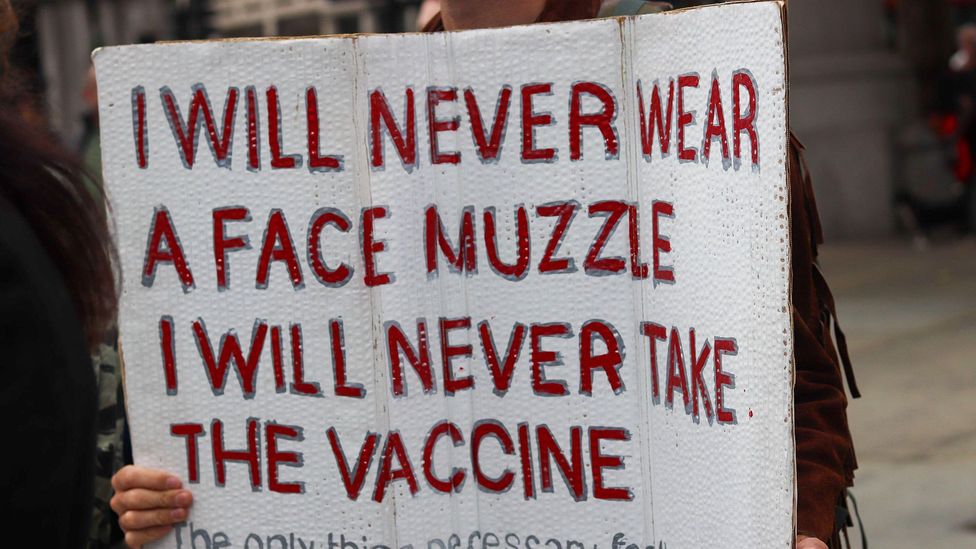 Although the majority of people now face masks, some still see it as an infringement of their civil liberties (Credit: Alamy)

And the protests against seat belt laws did not mean that Americans as a whole ignored them, even if they did object to them on principle. Data collected by federal officials in New York suggested that 70% of front-seat motorists were adhering to the law two months later. In the UK, about 90% of front-seat motorists were observed to be following the law after a similar amount of time.

When the laws in both countries were updated in the early 1990s to include back-seat adult passengers, the effect was less noticeable. In the UK, about 10% of back-seat passengers were observed with their seat belts on prior to the law change, compared to 40% after the introduction.

In other countries there were fewer protests, but adherence was much lower. In the late 1980s, Serbia (then Yugoslavia) had one of the highest rates of road deaths in Europe. Like the US, the Yugoslavian seat belt law became enforceable in 1985, carried a fine equivalent to $75 (£150 adjusted for inflation) and was strictly enforced. But, Yugoslavians still rarely wore their seat belts.

It is clear that the level of protesting and the number of legal challenges did not necessarily equate to adoption of the new law or regulation. Something else was going on.

One observational study of 12,000 people in the region of Sao Paulo, Brazil, found that about 30% of people were wearing masks incorrectly

The general practice for drivers and passengers in Yugoslavia, according to studies at the time,  was to drape their belts over their shoulders without clicking them in place. While it meant they often avoided a fine, they were not wearing the belt for its intended purpose. If there was no intention on the part of the drivers to wear the belt properly then why go to court? And there was no restriction on their personal liberties if the belt could be worn incorrectly.

While courts were widely used in Yugoslavia, they were used for personal benefit not to pursue political or symbolic point-scoring. In the US, the reverse was true. Challenging a fine in court would have been far more expensive than paying the modest fee, and few people were fined anyway.

This is perhaps the most useful lesson from comparing seat belt laws and face mask adoption: the amount of protesting is immaterial and is probably influenced by how much people in a country respect authority and the legal process. What matters more is whether people follow the guidance and how effectively they do so. 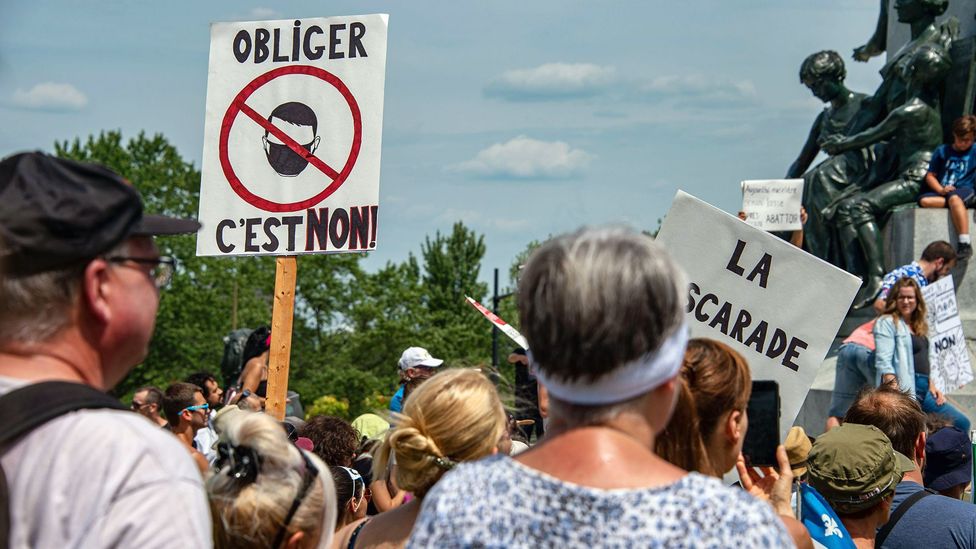 Protests against face masks have sprung up in many countries around the world despite scientific evidence to suggest wearing one can slow the spread of Covid-19 (Credit: Alamy)

Many people do follow face mask guidelines, it seems. In the US, about 59% of people wear them, with slightly more in Germany and slightly fewer in France (the UK lags behind at 19%).

However, not everyone wears them correctly. One observational study of 12,000 people in the region of Sao Paulo, Brazil, found that about 30% of people were wearing masks incorrectly either exposing their nose or mouth and nose, although the paper is still to be published in an academic journal.

Public health interventions, like the introduction of face masks, take time. The messaging and the legal framework that allows the laws to be enforced has to be right. But time will force people to conform. About three-quarters of front-seat motorists wear their seatbelt in modern Serbia now – much more than 35 years ago. Like with face masks, some people still don’t get it right – only 10% of back-seat passengers wear their belts correctly – but the Serbian government continues to campaign for their use.

Despite the protests of a vocal minority, attitudes to face masks are changing as evidence shows that the interventions will make a difference and with time adoption will continue to increase, just as happened with seat belts.

The Covid-19 changes that could last long-term