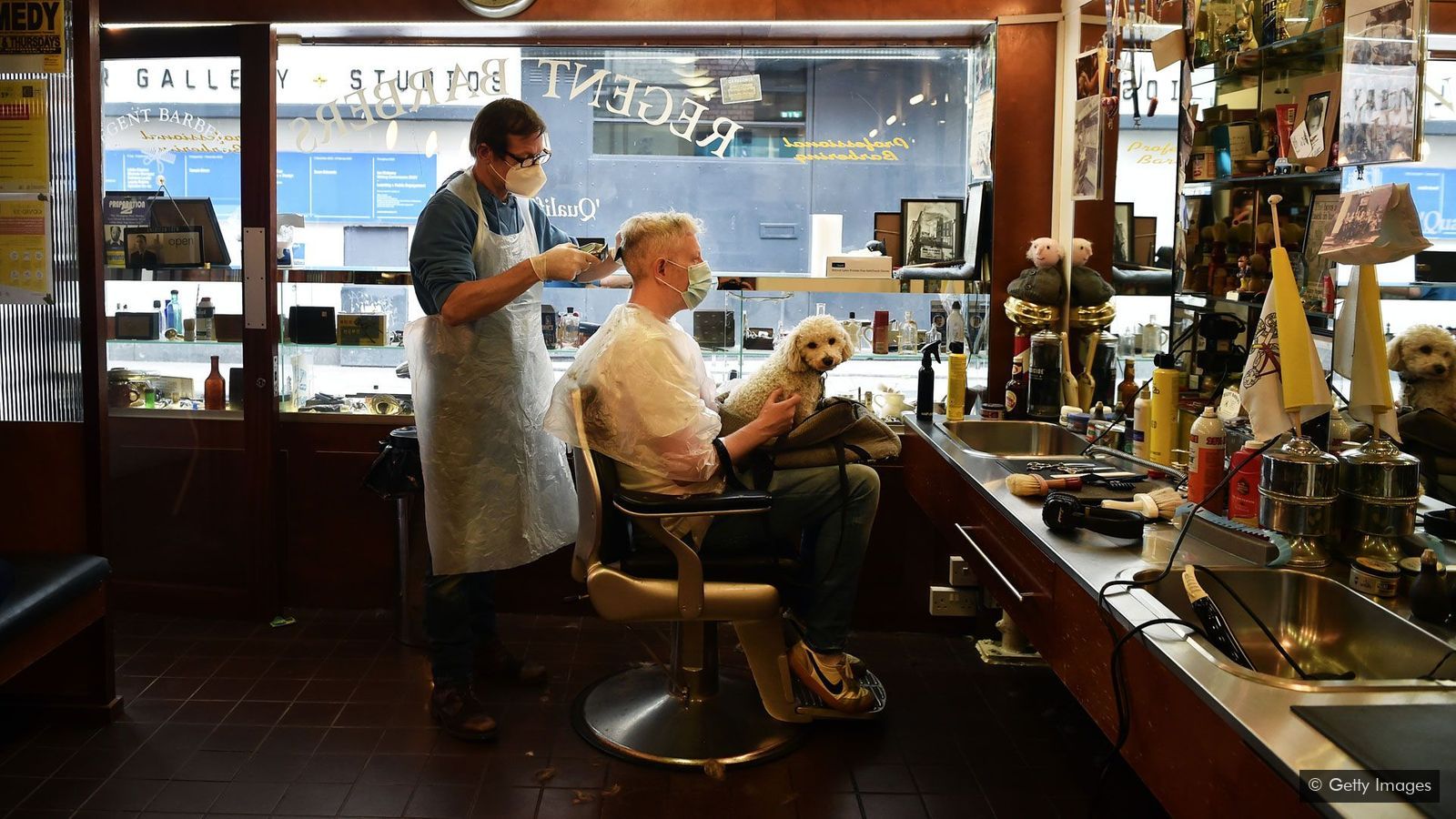 From the extinction of the daily commute to transforming our relationship with food, Covid-19 is changing our world already – and in some ways, it looks set to get better. L

Like the Black Death spreading along the trade-routes strung along the spine of 14th-Century Eurasia, Covid-19 emerged in China and spread extremely quickly along the modern-day Silk Roads: intercontinental flight paths.

Although the coronavirus may not hit global health as catastrophically as the bubonic plague did in the 14th Century, this latest pandemic will certainly change the world. A disease may be indiscriminate in who it infects – rich or poor – but the effects it wreaks are anything but equitable between disadvantaged or privileged members of society.

International lockdown and the effective suspension of civic and commercial activity across entire countries has thrust up a mirror on how our economic, social and political systems operate and forced the beginnings of a global conversation on how they may need to change. Covid-19 has revealed the shaky foundations on which much of what we take for granted in the developed world is built, from the intricately interwoven nature of globalised supply chains and manufacturing infrastructure to the just-in-time deliveries to supermarkets, as well as stark contrasts between nationalised healthcare systems and those financed by private insurance.

Previous plagues such as the Black Death or 1918 influenza pandemic had huge ramifications for the world afterwards. The aftermath of this coronavirus pandemic will also see myriad changes, from personal adjustments to global shifts. But which of these changes will have a lasting impact and which might we never see again? To answer that we need to look at how we have already begun to adjust.

It’s likely that all of us experienced the imposition of lockdown as a shock to the system, whether it made us feel lonely or listless or anxious or driven to distraction by the family constantly under each other’s heels, or all of the above, all at the same time. As individuals, we’ve had to make changes – both big and small – to our everyday lives.

But while physically distanced, the internet and social media have allowed us to reach into each other’s homes over the past weeks. Social relationships for many seem not to have suffered. They have also allowed us to explore hobbies and interests we might never have had before – like the people turning to social media to solve real-life mysteries from their homes. 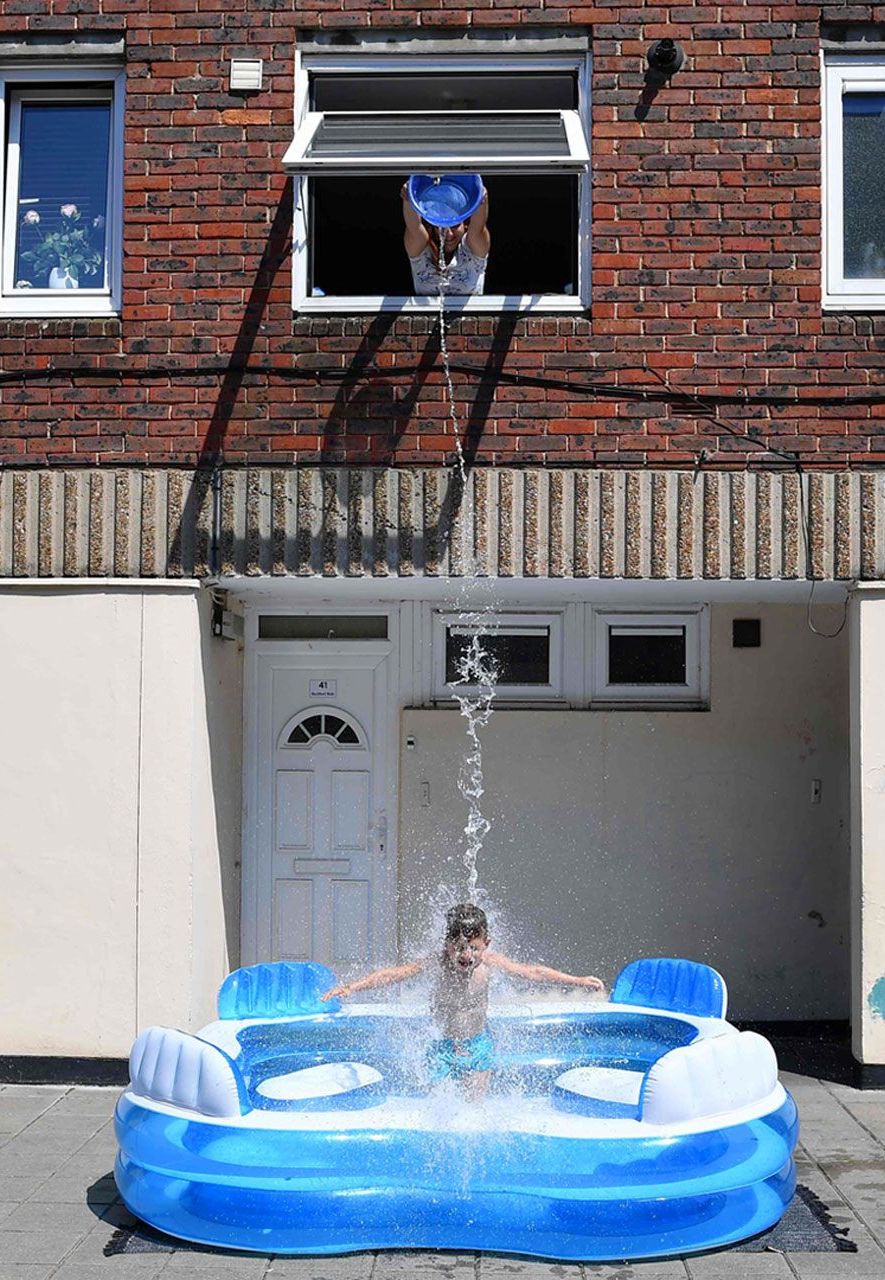 While being enormously disruptive and painful, crises also invariably nurture the emergence of great common purpose, solidarity, creativity, and improvisation. And social media has opened little windows into how everybody else has responded and found their own coping mechanisms. Shortages of commonplace items, or difficulties in getting out to the shops or securing a delivery slot, or perhaps just that many of us have more time on our hands these days, has unlocked an inner creativity and resourcefulness that can be shared widely online.

This has manifested itself in different ways. Many of us are now taking a lot more time and consideration over cooking. Not just picking up a microwave dinner from the mini-supermarket on the way back from the office, but actually cooking for ourselves – carefully choosing a recipe, chopping and stirring ingredients, grinding spices – taking delight in the process of making a meal.

On an even more fundamental level, others have been experimenting with creating and maintaining a sourdough starter culture – of playing primitive microbiologist to select the right combination of microorganisms that can perform a miraculous transformation for you: taking nothing more than basic flour and water and turning it into a risen loaf in the oven.  A lot more people are also turning their hand to growing some fruit and vegetables for themselves in the back garden, or even just a few herbs in a small box on an urban windowsill. Parents have become embroiled in any number of different arts or crafts or maker projects, while home-schooling their children.

Many of us, in our own small ways, have become reconnected with something that is increasingly lost in hectic modern life – of making and doing things from scratch for ourselves, and realising how deeply satisfying and fulfilling that can be.

One of the main catalysts for this is the number of companies switching to working from home en masse and the number of people out of work because their shops or workplaces have closed – if only temporarily. Those people who might continue to benefit from the additional time they have at home will be those whose working lifestyles change irreversibly. This is likely to favour office workers over service industry workers, which means not everyone will see these time benefits equally in the future.

Though the full lockdowns are gradually being released, we will still need to maintain social distancing in the short- to medium-term to control the spread of coronavirus. We may see the adoption of temperature checks or thermal imaging cameras in the entrance foyer of larger office blocks to send-home anyone showing signs of fever (although there are doubts over the actual effectiveness of such screening technology). And workplaces previously using hot-desking will likely need to reconsider their arrangements. Bustling offices with multiple people using the same desk space would be hotbeds for transmission. Many businesses may also need to stagger work-shifts so that offices and factories don’t become too crowded and workers can safely maintain distancing. This is likely to cause a reduction of rush hour traffic, with commuters no longer needing to all travel to and from work at the same time. 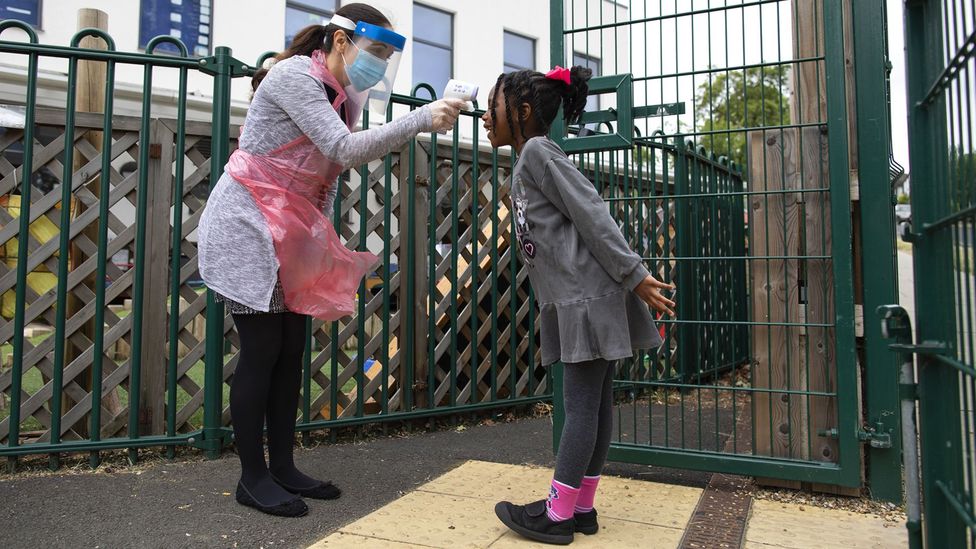 Some schools, shops and workplaces have turned to temperature tests – but they might not prevent transmission without other interventions (Credit: Getty Images)

Even so, whilst social-distancing measures remain it’s likely that public transport such as buses, trains and tubes will be down to as low as 15% capacity. If even a small fraction of these displaced commuters have to resort to using cars, the traffic congestion in most major cities is about to get a lot worse. Several cities have imposed schemes to encourage people to instead walk or cycle to work, and road space is already being reassigned – at least temporarily – to additional bike lanes and widening pavements. Electric scooters, currently banned in the UK, may also be legalised. This would all have a notable benefit of improving the environment, and greener commutes would keep us healthier in the coming months as well.

But of course, this would only be for the days when you actually need to go into the office, and what we are likely to see continuing after the pandemic is many more office staff working from home. Such a system has demonstrably worked during lockdown, and so managers can no longer rely on the traditional arguments against allowing people to work from home. This could in turn lead to a shift in expectations and workplace culture, where employees are valued on how well they meet their deliverable targets on time, not how many hours they sit behind their desk in the office. So flexitime is likely to become much more common, and perhaps even the disappearance of the 9-5 altogether.

What may emerge in the longer term is a more dynamic approach to work, combining office hours where necessary – for team meetings, for example – with remote work for solo tasks. Many companies may decide to renounce the expense of leasing office space entirely, and instead allow all employees to work remotely with just a few all-hands meetings per year. Workers no longer need to remain within commuting distance of the office, but can live wherever most convenient or desirable. And the knock-on effect of this would be residential property values dropping in major cities, and more people moving out into the suburbs or rural areas: a reversal of the trend seen since the beginning of the Industrial Revolution.

Behind all the suffering and disruption and economic hardship of the coronavirus pandemic, an even larger global crisis is lurking: climate change. Could our experiences with the international lockdowns help the environmental cause, or would we just return to “business as usual” as quickly as possible? Many city-dwellers have noticed an improvement in their urban environments – with cleaner-smelling air, calmer, safer roads and bolder wildlife – which offers a glimpse of what a greener world might be like to live in. 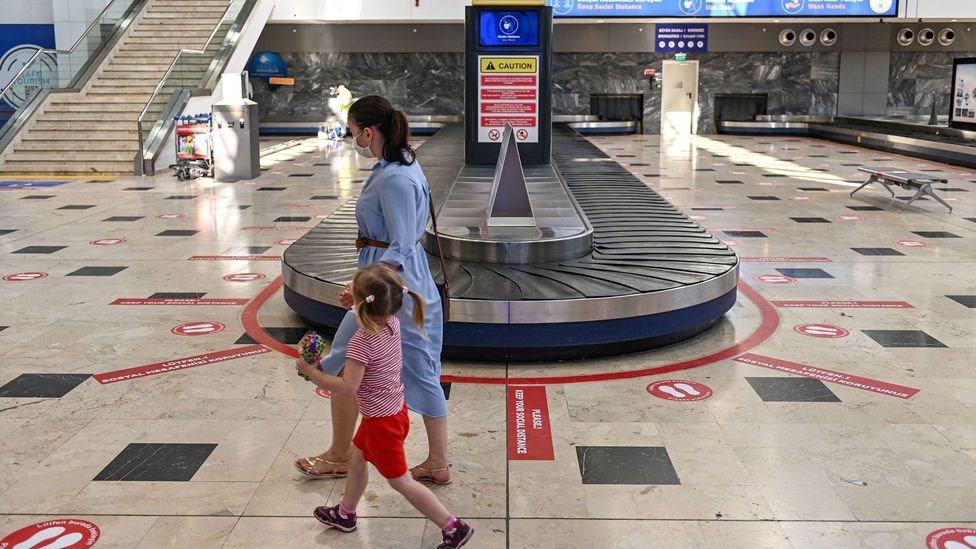 Deserted airports might be the norm for some time to come (Credit: Getty Images)

Indeed, satellite data have revealed a drop in atmospheric levels of nitrogen dioxide (a key air pollutant released by the burning of fossil fuels) over cities and industrial centres across Europe and Asia as traffic and factories have quietened – falling in some regions by 30-40% compared to this time last year. Levels of sooty particles in the air – which, like nitrogen dioxide, also cause respiratory diseases – have also greatly reduced. So alongside slowing the transmission of the coronavirus, the lockdowns and consequent reduction in industrial air pollution itself have probably saved the lives of tens or hundreds of thousands of people.

National governments have enacted drastic measures to immobilise their populations and suspend entire sectors of the economy in order to control the pandemic. This has highlighted the awesome power of the state, unleashed when it realises it must act decisively to protect its citizens. This sort of national collective effort is only normally seen in war-time, when the entire workforce and industrial base is repurposed to defeat an external enemy. But, in fact, what is needed to counter the threat posed by both the coronavirus pandemic and climate change is a kind of anti-war economy – to reduce industrial production and energy use.

Not only do this current pandemic and climate change both need state governments to commit to decisive, pro-active actions, coordinated internationally, but there are other similarities too. Both require sacrifices to be made in the short-term in order to mitigate a much more severe outcome in the future. Both need treatment of the economy not as the dominant concern to protect, but one of several crucial considerations. For the pandemic, it was relatively straight forward getting the general public to recognise that there is a clear and present danger, and thus to accept the interventions necessary to keep themselves and their loved ones safe, as well as the wider community. But the problem with climate change is that it is a more gradual process, and there is a less direct link to deaths in developed nations.

Can we heed lessons from the collective action used against coronavirus to also effectively respond to climate change?

* Lewis Dartnell is a professor at the University of Westminster, and author of THE KNOWLEDGE: How to Rebuild Our World from Scratch.

Why people object to laws that save lives

How to stay on a diet while travelling?