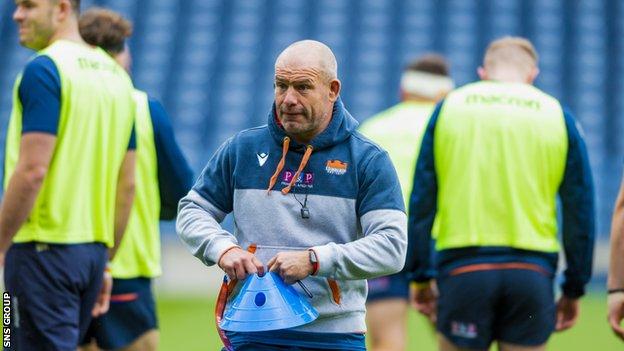 Richard Cockerill is not ruling out coaching Scotland in the future, but insists his focus is on Edinburgh for the next three years.

Having agreed a new contract, Cockerill is preparing his side for a home Pro14 semi-final against Ulster on Saturday.

But the Englishman does admit he would like to coach in the international arena one day.

“At some point I would like to test myself at Test level,” Cockerill told the BBC Scotland Rugby Podcast.

Cockerill’s work in turning Edinburgh from league strugglers to title contenders has not gone unnoticed beyond Scottish rugby. SRU chief Mark Dodson said there had been “interest from other places” before Cockerill agreed to remain with Edinburgh.

The former Leicester head coach says there is no mileage in making any long-term plans beyond 2023.

“It’s a long way away, isn’t it?” he said. “Anything could happen – I could easily get the sack between now and then.

“I’m just concentrating on the next three years. I’ve just got to keep doing a good job because that’s the only thing you can trade off. It’s what you do right now, keeping your team developing and winning. Those other things will look after themselves if I get the bits in between right.”

How to stay on a diet while travelling?