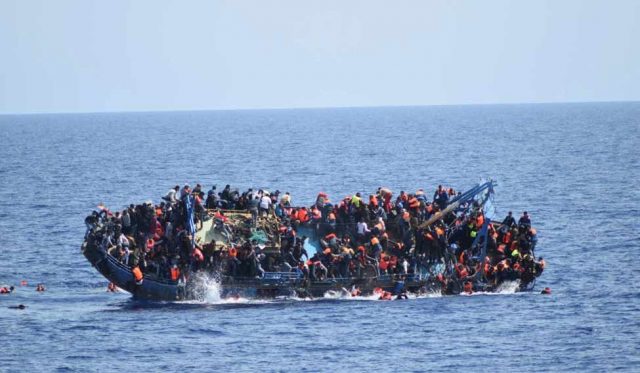 The International Organization for Migration (IOM) said Tuesday that 408 illegal immigrants were rescued off the Libyan coast over the past week.

The immigrants were then returned to Libya by the country’s coast guard, the IOM said.

A total of 7,981 illegal immigrants, including 534 women and 430 children, have been rescued and returned to Libya in 2020, according to the organization.

It added that 144 immigrants have died and 215 others gone missing on the Central Mediterranean route so far this year.

In 2019, a total of 9,225 illegal immigrants were rescued and returned to Libya, while 270 immigrants died and 992 others went missing on the Central Mediterranean route, the IOM said.

Libya has become a preferred point of departure for thousands of immigrants who attempt to cross the Mediterranean Sea towards European shores, due to the insecurity and chaos that have plagued Libya since the fall and death of its former leader Muammar Gaddafi in 2011.

Migrant dies in attempt to escape detention center in Malta