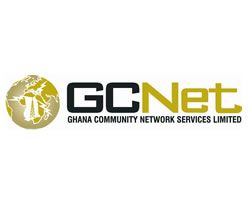 Redundant staff of Ghana Community Network Services Limited (GCNet) are up in arms against the company for refusing to pay them outstanding salaries and severance package.

Their anger stems from the fact that the company is disobeying a decision of the arbitration panel appointed by National Labour Commission (NLC).

The decision of the panel was taken on Friday, September 4.

The workers were laid off when government terminated the trade facilitation contract of GCNet.

Expressing shock, disbelief and disappointment, the affected staff served notice to embark on series of industrial actions to press home their demand for immediate payment.

They observed that these acts were inconsistent with the value of integrity of SGS/GCNet.

Making reference to the Arbitration Award report, the affected staff said in the midst of Covid-19 pandemic, the action of the company has inflicted untold hardships on them.

They argued that GCNet would be making a claim to the government for compensation, which would include redundancy payments made to staff as a result of contract termination.

Some affected staff recalled some difficult moments in their over 19 years of employment, especially when they had to work assiduously during the period of transition to full paperless regime starting from September 1, 2017, leading and facilitating the integration process of the newly constructed state-of-the-art Meridian Ports Services (MPS) round the clock in record time.

They cited instances where they had to risk their lives across the length and breadth of the country to ensure all customs operational sites were always running seamlessly without any interruptions.

“We did it all of these with precision and love for company and mother Ghana. The call to duty was always adhered to without any resistance. We feel brainwashed to believe in integrity as the hallmark of the entire company. Those who preached and made us to live by integrity are now sweeping it under the carpet,” they said

“We were a beacon of hope for other service providers within the trade sector. We were praised by many companies and we feel sad that people will be shocked to hear of this injustice when this matter finds its way into the public domain,” the affected staff stated.

Chairman of Staff Welfare Association Felix Agbodeka called on all affected staff to unite in the fight for their rights with full involvement and participation at all levels to press home demands for payment.