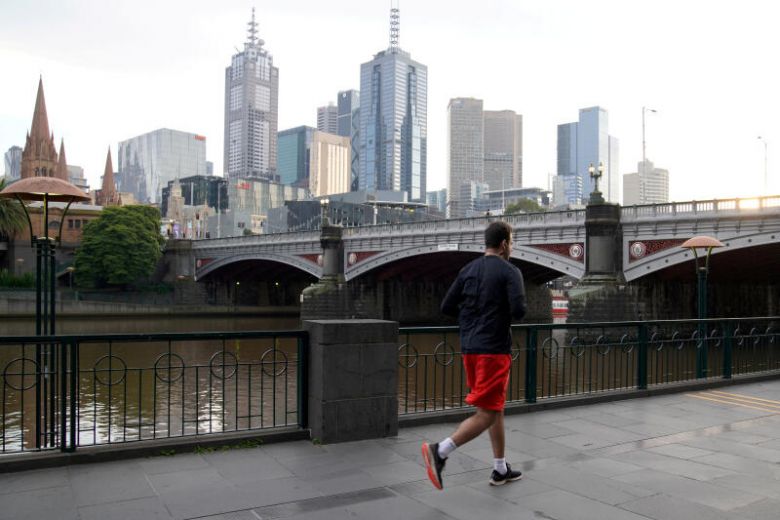 CANBERRA (BLOOMBERG) – Australia unveiled a multi-pronged fiscal plan that pushes its budget deficit to levels unseen in peacetime in a bid to power a recovery and generate jobs for tens of thousands left unemployed by Covid-19 containment efforts.

The underlying cash deficit will swell to A$213.7 billion (S$208 billion), or 11 per cent of gross domestic product, in the 12 months through June 2021, Treasurer Josh Frydenberg told Parliament on Tuesday (Oct 6).

The jobless rate is forecast to peak at 8 per cent later this year, a level last recorded 22 years ago amid the Asian financial crisis.

“This is a once-in-a-century shock that requires an unprecedented level of support,” Treasury said in its budget papers.

The right-leaning government has cast aside traditional fiscal restraint as it works to pull the economy out of its first recession in almost three decades. Australia entered the crisis relatively well placed to respond, with net debt standing at less than a quarter of GDP versus an average of over 80 per cent in advanced G-20 economies.

– Allowing most firms to write off the full value of any eligible asset they purchase for their business; they can also offset losses incurred to June 2022 against profits made in or after fiscal 2018-19. Those two measures are expected to help create an additional 50,000 jobs

– Together with what’s been announced since the onset of the crisis, the budget will see A$14 billion in new and accelerated infrastructure projects, estimated to support a further 40,000 jobs. Funding for “shovel ready” projects will be provided on a use-it-or-lose-it basis that means if one state delays, another will get the money, in order to inject urgency

– A Women’s Economic Security Statement including A$240 million for programmes such as supporting women in science, technology, engineering and mathematics.

“Australians will have more of their own money to spend on what matters to them,” Mr Frydenberg said.

The Australian dollar was little changed, trading at 71.53 US cents at 7.45pm in Sydney.

Mr Frydenberg is operating a two-stage fiscal plan as he tries to resuscitate growth, setting up a spending spree ahead of an election due by mid-2022. At that time, the government predicts unemployment will be 6.5 per cent, while economists estimate it will still be around 7 per cent.

Australia’s central bank is aiding the government’s largess by operating a bond-buying programme keeping borrowing costs low across the economy and ensure the government can access funds at good rates.

It kept policy rates unchanged earlier on Tuesday, saying it continues to mull options and that addressing the high rate of unemployment is “an important national priority”.

Australia is assuming state border restrictions imposed to stem the spread of Covid-19 will be lifted by the end of 2020, bar Western Australia, which is assumed to open in April next year.

A gradual return of international students and permanent migrants is assumed late in 2021, Treasury said, with overseas travel expected to remain low through the period. With arrivals tumbling, net migration is set to swing to 72,000 people leaving Australia by June next year with a return to growth after that.

These are crucial factors for education and tourism, the fourth- and fifth-largest exports and major employers. In addition, the slump in migration is set to erode demand in the housing market.

High prices of the nation’s largest export, iron ore – as China deployed stimulus to re-energise its economy – has been a buffer for the local budget. The metal is currently trading well above US$100, and Treasury is lowballing its forecasts, expecting it to be US$55 by mid-next year.

The budget’s forecasts are based on the exchange rate remaining around its recent levels: a trade-weighted index of around 62 and around 72 US cents.