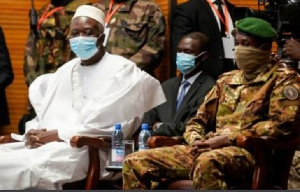 This comes after military authorities formed a transitional government comprising of army officials and civilians.

“Taking into account the notable progress made towards a constitutional normalisation, and the support the process, the heads of states have decided to lift the sanctions on Mali, and called on partners to support Mali,” Ecowas said in a statement.

Mali’s transitional leaders announced a new government on Monday, with some of the top posts going to military officials.