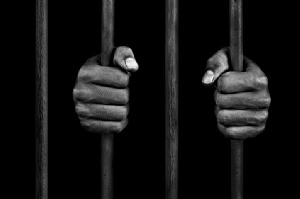 A police constable Emma Rutahingana, who was on routine patrol, suspected Paul Lopusil and Lotin Longoli to be with ill motives, but when he attempted to talk to them, one fled.

“Lopusil was taken to police and interrogated on why he was running away. He didn’t have definite answer. When they took him to the station for further investigation, it was established that he was one of the Moroto escapees,” Mr Owoyesigyire said yesterday.

Lopusil, who was staying in a lodge in Katwe, directed police officers where his colleague was residing.

Mr Owoyesigyire said the officer found Longoli at the home of the chairperson of the Karimojong Community in Kampala City.

“The second escapee was arrested and taken to the police station where he admitted to be one of the escapees from Moroto Prisons,” he said.

The chairperson of the Karimojong community said he wasn’t aware that the person he was hosting was a fugitive. He said he hosted him because he was a fellow Karimojong.

Police later invited Prisons officers, who identified the duo as those that escaped from Moroto Prisons.

Police have handed them to the Prisons authority to continue with their sentences and also charge them with escaping from lawful custody.

“Investigations to establish whether their colleagues travelled to Kampala City are still ongoing,” he said.

Of 224 prisoners who escaped, 18 have so far been recaptured while seven were killed during the exchange of fire with the combined security forces after the prison break

Prisons boss Johnson Byabashaija on Tuesday placed a bounty of Shs1.5 million for anyone who would recover a gun and Shs500,000 for disclosing the whereabouts of any escapee.

On September 16, at least 224 prisoners, who were serving various sentences, escaped from the prison with at least 15 guns and ammunition.

The escapees reportedly broke into the prison armoury after overpowering guards. They grabbed 15 guns and 480 bullets and fled to Mt Moroto, which is less than two kilometres away.

The Commissioner-General of Uganda Prisons, Johnson Byabashaija, confirmed the development after the incident.

“There has been a breakout from the prison after inmates overpowered staff and accessed the armory where there were about 15 rifles. They are on the loose now. Heavy exchange of fire ensued. They have run towards Mt Moroto,” Mr Byabashaija said.

UN: Hundreds of thousands displaced by floods in South Sudan