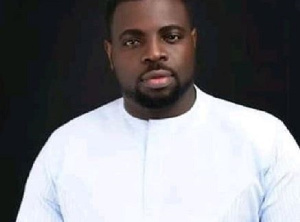 Deputy Volta Regional Director of Health in charge of Public Health, Dr Senanu Kwesi Dzokoto has called on citizens to keep their surroundings clean so as to prevent them from contracting the polio virus.

Speaking at a press briefing in Ho, Dr Dzokoto said Ghana confirmed two cases of type 2 Polio Virus at Koblimagu in the Tamale Metropolis and also Agbogbloshie in the Accra Metropolis.

The cases were recorded in July and August 2019 respectively.

“polio virus thrives and spreads, where there are insanitary conditions thus it was important for all to support the health service in its quest to eradicate the disease by maintaining a clean environment,” He said

At the meeting, Mr Dzokoto solicited support from all relevant stakeholders for the second and third phase of the polio immunisation campaign which is slated for October 8 and 11, 2020.

The Deputy Director said polio is an infectious disease which could affect the spinal cord causing muscle weakness and paralysis.

Round two of polio immunization campaign to commence on October 8