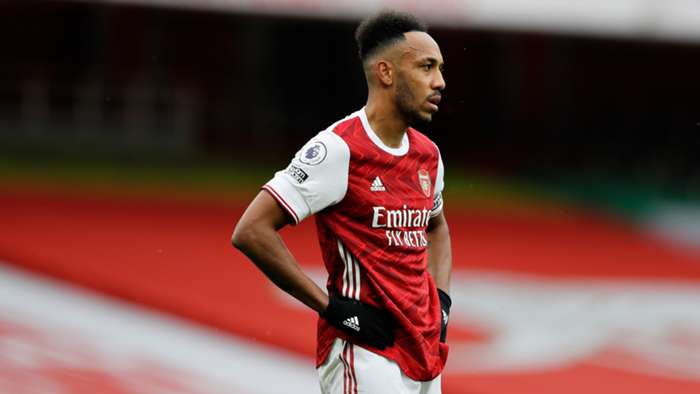 Pierre-Emerick Aubameyang’s current struggle for goals is “unfortunate”, says Ian Wright, with an Arsenal striker of the past adamant that one in the present has not “clocked off”.

The Gunners have been finding the going tough in the final third of late, with the target found once across their last four Premier League fixtures.

Aubameyang did register that effort – a penalty in a narrow win over Manchester United – but the Gabonese has been surprisingly short on firepower in 2020-21.

He has only four efforts to his name, with one of those coming in the Community Shield and just two in the English top-flight. Goal 50 Revealed: The best 50 players in the world

Questions have been asked of whether standards have been allowed to slip on the back of a 31-year-old frontman penning a lucrative new contract.

Wright insists that is not the case, with the Gunners great adamant that Aubameyang will rediscover his spark once those around him do likewise.

Reflecting on Arsenal’s recent struggles in front of goal, a club legend told the Wrighty’s House Podcast: “What I saw the other day was Arsenal’s warm-up before the Manchester United game – there was a shooting session down in the corner.

“We saw nine shots from the main characters – Aubameyang, [Alexandre] Lacazette, all of them – and every single one of them missed. Even though we beat Manchester United, it was telling.

“If I’m being honest, there’s not many chances being created, which is why I feel so unfortunate for Auba.

“We’re not creating chances but I do not like seeing in a warm-up shooting session, people missing the target, and sloppy shots. All those things make you look into the team and what’s going on.”

Wright added on collective failings in north London, with Mikel Arteta still searching for consistency: “I’m confused with what’s going on. It seems like we’ve got a manager who will not tolerate anything other than the best the players have got to give. So I’m really confused at the minute.

“They should be doing everything they can in warm-ups to get into the habit of scoring goals.”

Arsenal will return to action after the international break with a trip to Leeds on November 22.