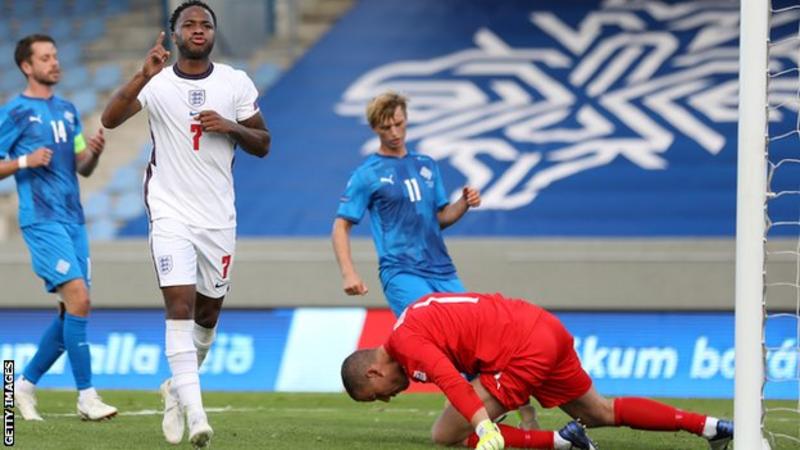 The Football Association has asked the government to grant a travel exemption to Iceland for their Nations League match at Wembley Stadium on Wednesday.

Iceland play Denmark in Copenhagen on Sunday and would be subject to a travel ban, prohibiting them from UK entry.

The restrictions relate to concerns over a new coronavirus strain that has spread from mink to humans.

The FA says any exemption to the Iceland team would be “subject to strict medical protocols”.

Germany is a candidate to host the game if the government does not grant Iceland entry.

says “there will be no exemptions to this quarantine policy,” unlike other travel to the UK.

Since June, elite sportspeople have been exempt from coronavirus-related travel restrictions.

An FA spokesperson said: “While in Denmark they will have been under strict Uefa protocols in a sporting bubble and will be PCR tested before travelling to England. The PCR test picks up the Cluster 5 [mutated] variant.

“We have agreed with the Icelandic team that they arrive on private charter to a private terminal and will only have access to their hotel and the stadium.

“We will also put in place additional testing over and above the multiple tests normally required for each participant and staff at the match.”

European football governing body Uefa’s coronavirus protocols state that international matches can be rescheduled at a date fixed by Uefa, or be played at a neutral venue if necessary.

BBC Sport has been told rescheduling is not an option. Uefa, which will have the final decision on deciding any neutral venue, is understood to be studying the matter.

The FA says it is in the “better interests” of England players and staff to avoid international travel.

“We are not asking for this support to help us have home advantage in this competitive international match, although of course that would be helpful,” the FA spokesperson said.

“We are not asking for this support to avoid a huge cost from playing an England home match in Germany, although we can ill afford the financial penalty at this time.

“The priority must be health, which is why we are asking for this support.”

England play the Republic of Ireland in a friendly on Thursday. They then travel to Leuven for Sunday’s penultimate Nations League group game against Belgium before the match against Iceland on 18 November.

There’s no reason for Mahama’s come back, show him the final exit – Nana B