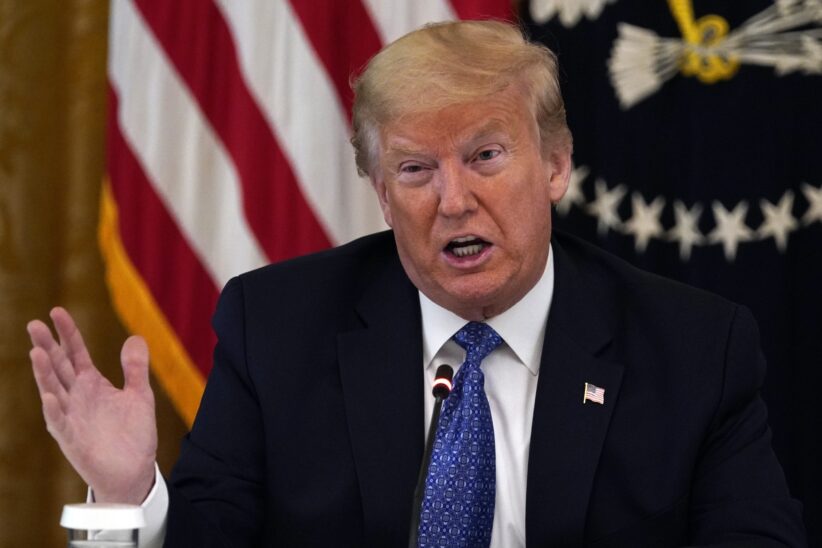 President Donald Trump speaks during a Cabinet Meeting in the East Room of the White House, Tuesday, May 19, 2020, in Washington. (AP Photo/Evan Vucci)

“The suit relies on affidavits from witnesses who say they saw election officials counting ineligible ballots, counting batches of the same ballots multiple times, counting illegal late ballots and pre-dating them, accepting ballots deposited in drop boxes after the deadline, and duplicating ballots illegally,” the campaign said in a statement on Wednesday. “It also documents how defendant Wayne County used faulty ballot tabulators that miscounted votes for President Trump as votes for the Biden-Harris ticket.”

The complaint also documents illegal and official intimidation and interference with lawful election challengers, harassment of Republican challengers tolerated or perpetrated by election officials, and arbitrary and unequal treatment of Republican challengers. Multiple witnesses gave alarming reports of fraud, intimidation, and interference, such as seeing about 50 ballots being fed multiple times into a ballot scanner, provisional ballots being placed in a tabulation box, ballots received after Election Day being pre-dated and counted, and officials in Wayne County covering windows of the counting center to prevent observers from lawfully monitoring the ballot counting process.

“The 70 million Americans who voted for President Trump deserve transparency into the potentially unconstitutional conduct documented here. The numerous reports we have heard from credible witnesses of Michigan’s election processes are alarming. Every American should have faith in our electoral process and know that their legal vote was both counted and protected. Unfortunately, based on several witnesses’ accounts, that seemingly is not what occurred in the state of Michigan,” said Matt Morgan, Trump 2020 campaign general counsel.

“As we have said from the beginning, our campaign will continue to ensure all Americans can trust in a free and fair election, and this lawsuit is a noteworthy step toward achieving that goal,” Morgan said.

The 31-page federal complaint, filed in the Western District of Michigan against Wayne County and the Michigan Secretary of State, seeks “to stop certification of Michigan election results until defendants have verified and confirmed ballots were cast and tabulated in accord with the law and to ensure no unlawful ballots were cast,” the campaign statement said.

The Trump campaign on Monday sued to block Pennsylvania from certifying its election results, claiming that voting irregularities there mean officials should not call the election for either candidate. Biden leads in Pennsylvania, which has 20 electoral votes, by nearly 46,000 votes, according to The Associated Press.