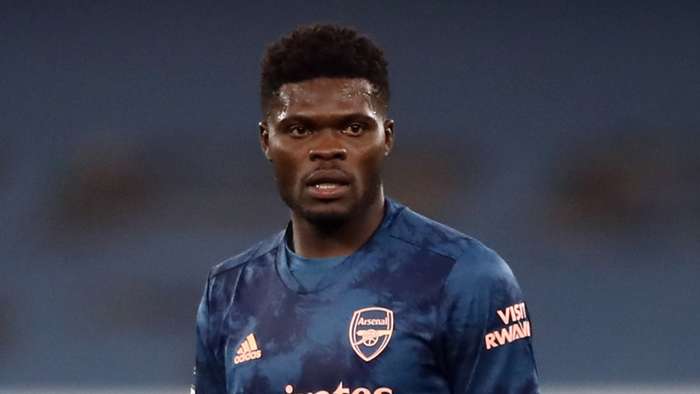 Partey left Atletico Madrid last month to sign a long-term contract with the Gunners after his £45 million release clause was paid.

Before deciding on his next adventure, the Black Stars midfielder sought the advice of the Togo legend who played for Arsenal, Manchester City, Tottenham Hotspur and Crystal Palace in the Premier League.

Adebayor spent three years in North London before leaving for Manchester in 2009 and he described the Gunners as a family Partey will benefit from.

“He told me that some clubs in England namely Arsenal, Chelsea, Manchester United, and others have shown interest in him and he needs advice,” Adebayor said at an event in Ghana over the weekend, as seen on Youtube.

“I advised him to go to Arsenal because I have had the opportunity to play there and I think it will be good for his development.

“Arsenal is more than a club, it is a family and I’m impressed with his performances so far in the Premier League.”

Partey has made a promising start to life in England with commanding displays in the middle of the park after four appearances in the Premier League.

The 27-year-old was forced to withdraw from Ghana’s double-header Africa Cup of Nations qualifying fixtures against Sudan after he suffered a thigh strain in the Gunners’ 3-0 loss to Aston Villa a fortnight ago.