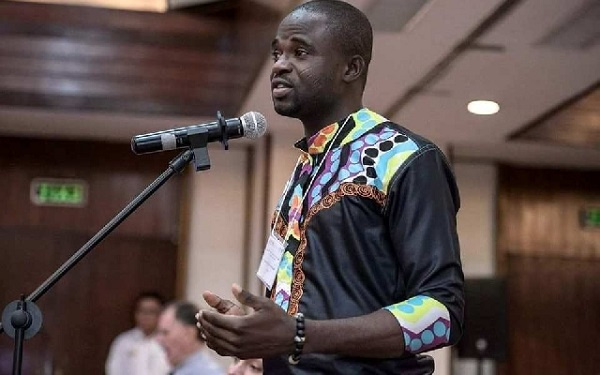 Investigative journalist Manasseh Azure Awuni says Martin Amidu’s resignation as Special Prosecutor is a clear indication that the country is not making any progress in the fight against corruption.

He lamented how the resignation will affect the fight against corruption and empower persons engaged in corrupt activities.

“Within this period, it isn’t only difficult to fight corruption but the system appears to also be fighting those that are fighting against corruption,” he told Joy News.

“In December last year, we found out that a number of ambassadors came out publicly to speak about the fact that those that were fighting corruption were being fought, and I am told the administration did not treat them lightly or didn’t

take kindly to this after those pronouncements were made,” he said.

Three years after his appointment, Mr Amidu wrote to President Akufo-Addo saying his decision is to enable his appointing authority “to take steps to appoint a replacement to that position as required by law.”

“I should not ordinarily be announcing my resignation to the public myself but the traumatic experience I went through from October 20, 2020, to November 2, 2020, when I conveyed in a 13-page letter, the conclusions and observations on the analysis of the risk of corruption and anti-corruption assessment on the Report On Agyapa Royalties Limited Transactions and Other Matters Related Thereto to the President as Chairman of the National Security Council cautions against not bringing my resignation as the Special Prosecutor with immediate to the notice of the Ghanaian public and the world,” Mr Amidu wrote.

Manasseh Azure who is an anti-corruption crusader said his resignation only shows how the country is retrogressing in its corruption fight.

He maintains that until a leader committed to the fight against corruption emerges, there will be no progress.

“I have always said that if we had a president who is committed to the fight against corruption, there wouldn’t be the need for the Office of the Special Prosecutor in the first place. So the system is not ready.

“Until we get a leader of this country who is committed, not just by words, but by actions, to anti-corruption, we are going nowhere,” he said.