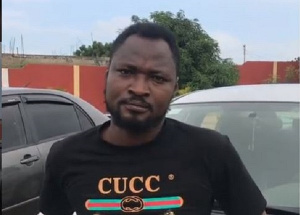 Ghanaian comedian, Funny Face is going all out on anybody who crosses his path this time around.

In a harmless post sighted by Sammykaymedia.com, made by blogger “Nkonkonsa” on Funny Face marital problems, the “children president” took strong exception to the word ‘rant’ used by the blogger to give his narrative on the post.

Upon citing the post made by ‘Nkonkonsa’, the ‘Kasoa Vandamme’ hero has gone haywire by firing shots at his ‘brother’ and added it up with insults.

Funny Face wrote: “Rants again? Really bro @nkonkonsa when u know some of da things…cos I remember I brushed it with u some time ago…but because of likes and views .. you are here saying am ranting!!? […] don’t let me bring ur baby mama in…what’s her name again? I shy for u sef .. u blog abt people and talk abt people but what is in ur closet is worse…”