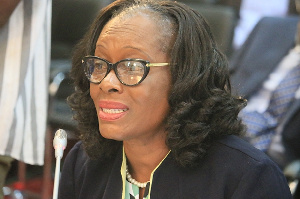 The Ghana Sociological and Anthropological Association (GSAA) has called on the Attorney General’s (AG) office to prosecute swiftly, “individuals, groups, religious leaders and community members, who violate the rights of other citizens” through inhuman treatment of persons accused of being witches.

This was contained in a communiqué issued by the GSAA following a national virtual seminar on Thursday, 24 September 2020, to deliberate on the theme: ‘Witchcraft Beliefs, Accusations and Associated Violence in Ghana: Sociological and Anthropological Perspectives’.

The association made recommendations geared at bringing immediate relief to persons labelled as witches or accused of witchcraft and finding a lasting solution to this societal canker.

The GSAA called on the government to work through the various agencies across the country, including the Ministry of Gender, Children and Social Protection (MoGCSP), the National Commission on Civic Education (NCCE), as well as Municipalities, Metropolitan and District Assemblies (MMDAs) with particular “emphasis on northern Ghana, to join hands with traditional and religious leaders, youth groups and women’s organisations, to embark on an intensive education of the people to demystify the thinking that witches are capable of doing what they are attributing to them.”

The association further recommended that “non-governmental organisations and civil society groups in Ghana, sensitise residents against the ongoing brutalities meted out to persons accused of being witches”.

“In addition, the Attorney General’s Department should swiftly and, without fear or favour, prosecute individuals, groups, religious leaders and community members, who violate the rights of other citizens through physical attacks, mob violence, expulsions and other inhuman treatment” to ensure action against violence and brutalities associated with witchcraft.

In July 2020, an old woman believed to be in her 90s, was lynched at Kafaba, a village nestled within the Savanna Region, after a seer, who had been invited by the villagers to help them drive away their misfortunes, branded her a witch.

Scores of the locals watched aloof as two women flogged and bludgeoned the helpless grandmother despite her pleas of innocence.

The police, later arrested the 40-year-old sorcerer, who declared the granny a witch, which led to the lynching.