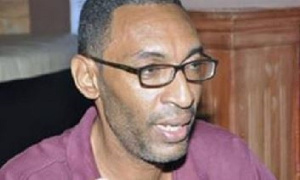 The occasional clashes that ensued between the National Democratic Congress and its founder Jerry John Rawlings were because the late president could not come to terms with the fact that the party he founded was drifting away from his principles and style, Dr Sekou Nkrumah, a member of the party has suggested.

Sekou Nkrumah notes that in the build-up to the 2008 elections, the NDC decided to move away from the more zealotic and aggressive style associated with Rawlings to a more gentle and calming party which reflected their leader then John Evans Atta Mills.

This, he understands led to the sidelining of Rawlings in the campaign process and that became the start of the strained relationship between the party and the late president.

He observed that Rawlings struggled to appreciate that the party which was founded based on his ideals was shifting from it.

“I believe when the NDC leadership started to sideline Rawlings in the run up to the 2008 elections, the belief was that, it was time the party distanced itself from the bullying, aggressive ( buga buga) nature of JJ’s political character and rather focus on promoting the new image of Professor Mills; gentle, level headed, and peace loving! The compliment of John Mahama as his running mate worked perfectly in this direction ( in large contrast for example to the Mills/Amidu ticket in 2000)”.

Sekou Nkrumah stated that the new direction embarked on by the NDC was to make the party appealing to voters who did not subscribe to the revolutionary ideas under which the party was born.

He also mentioned Nana Konadu Agyemang Rawlings’s presidential ambition as a contributing factor in the frosty relationship that existed between NDC and Rawlings.

“The new image of NDC would be seen as democratic and open to reconciliation. A genuine effort to break free from the excessive brutalities of the revolutionary or military regime era. The new face of NDC was seen and rightly so, capable of attracting voters outside the core and die-hard NDC votes!”

“Rawlings’ frustration to deal with the new reality brought about the bad blood between him and the presidency, and the presidential ambitions of Nana Konadu compounded the problems and brought the power struggle between the former first family and the presidency to a boil!”, he posted on Facebook.

Despite his admission of a hostile relationship between the NDC and Rawlings, Sekou Nkrumah believes that the party has ‘every right to claim ownership of him and his legacy’.