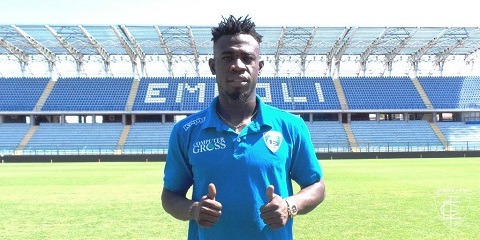 Black Stars midfielder Afriyie Acquah has promised to end his career in the Ghanaian top-flight with either Asante Kotoko or BA United.

Acquah, who started at Bechem United, wants to return to the Ghana Premier League before hanging up his boots.

According to Acquah, he would like to play for BA United since he hails from Brong-Ahafo Region but Kotoko is also an option.

“I have not played in the Ghana league since I started my career so I don’t how the feeling is, so I have thought of finishing my career in the domestic league.”

“I’m from Sunyani in the Brong Ahafo so I will either play for BA United but if they don’t qualify to the Premier League, I think I will play for Kotoko,” he said.

Acquah has been capped 36 times by Ghana.

Rawlingses visit Otumfuo to inform him of ex-President’s death

Asante Kotoko to refund StarTimes money to the GFA – Reports