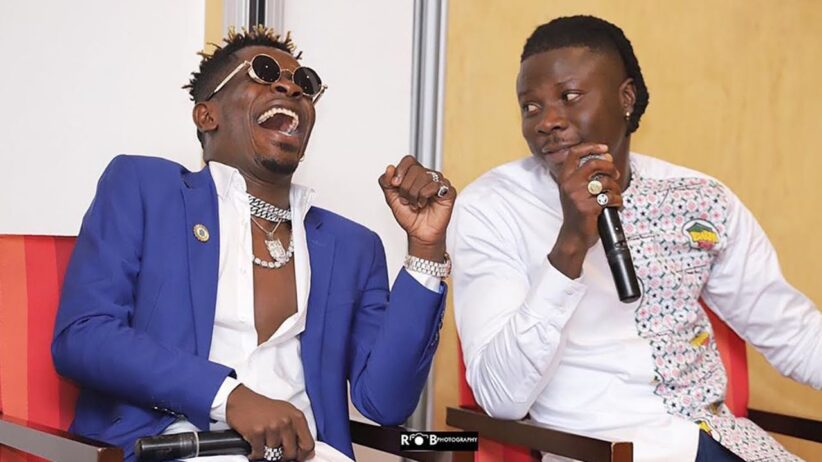 Dancehall artiste Livingstone Etse Satekla popularly known as Stonebwoy has reacted to Shatta Wale’s comments that he Stonebwoy stopped picking up his calls after the Asaase Radio Sound Clash competition.

Shatta Wale said in an interview said that Stonebwoy does not answer his calls anymore after the Asaase Radio Sound Clash competition.

The competition which saw the two leading artistes go head-to-head in what culminated in an event where the two battled it out lyrically ended in a deadlock – with both parties claiming supremacy over the other.

Shatta Wale said his relationship with Stonebwoy has since not been the same.

“After the clash when I call him, he doesn’t pick and I have noticed that in life there are people who like to beef and I like such people a lot”.

‘’Stonebwoy knows my contact numbers and he knows the particular number I call him with yet he still doesn’t answer when I call him.

But in a tweet, Stonebwoy suggested Shatta Wale is under the false impression that they are the best of friends.

“I dey hear hear some phone call issues. @shattawalegh you know I’m cool with you..we can’t assume that we are like “bread and butter” already. Small small okay bro, the last time I checked you haven’t even replied your WhatsApp Yet””, he said.

African players to watch this weekend

Gyedu-Blay explains why current musicians songs do not last