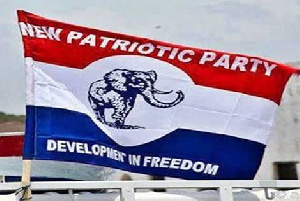 There is uneasy calm within the Lawra branch of the New Patriotic Party after some members allegedly seized the pickup of the party’s constituency chairman, Alhaji Mohammed Donkor.

It is being reported that the incident occurred on Sunday when some youth affiliated with the party and alleged to be loyalists of the Member of Parliament for Lawra Constituency Anthony Karbo attacked the driver and forcefully took the car from him.

The well-built men, it is understood, also threatened the occupants of the vehicle with machetes.

Confirming the incident to Citi News, the Lawra Constituency chairman of the NPP alleged that it was done by a group who are loyal to the MP.

He also stated that all members aboard the vehicle sustained no injuries and that the Lawra Municipal Police is investigating the matter.

“We returned from Brifor Chaa where we went for a campaign. So when we got to Lawra, I asked the driver to go and drop some people who travelled from the village to support us in the campaign. So it was on his way that Karbo’s boys attacked him with cutlasses and took my vehicle away,” he narrated.

The Upper West Regional of the NPP, Mustapher Goveh has said that the executives of the party will meet over the issue and find an amicable settlement.

He disclosed that the party has received a petition to suspend the constituency chairman for using the party’s vehicle to campaign against Anthony Karbo.

He further disclosed that some regional executives have been dispatched to the Lawra constituency to ensure the situation does not escalate.

Mahama is a distraction to development – Akufo-Addo