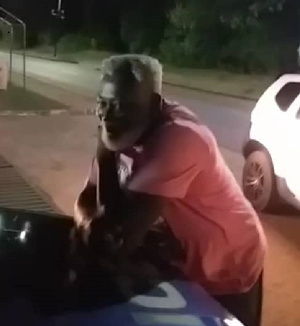 The driver of the Member of Parliament for Sunyani West, who is also the Minister for Employment and Labour Relations, Hon. Ignatius Baffour Awuah, has been arrested for an alleged unlawful electoral purpose.

The suspect, Mr Kwaku Boahen, was caught using a police car at midnight on December 7, while carrying out the act.

He has been arrested and placed in the Sunyani East Municipal Police Station, pending further investigations.

Hon. Baffour Awuah was retained as the NPP Member of Parliament for the Sunyani West Constituency during the 2016 polls.