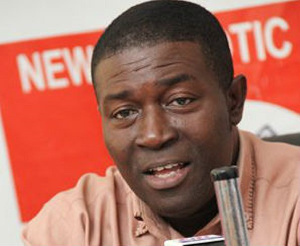 A member of the New Patriotic Party (NPP), Nana Akomea, has said his party expects to win Ghana’s general elections.

The Managing Director of the State Transport Company (STC) said the governing NPP has good records in government, hence Ghanaians, he said, will renew the mandate of President Nana Akufo-Addo in the polls.

Ghanaians go to the polls to elect a president and Members of Parliament.

The Electoral Commission, Ghana (EC) said on Sunday, December 6 that it was “fully” ready to conduct the eighth successive elections in the Fourth Republic.

Meeting journalists at the headquarters of the Commission, Chairperson Jean Adukwei Mensa assured that all is set for the polls.

“As a Commission, you recognize that we are accountable to the citizens of Ghana and I am pleased to inform you that by the grace of God, we are fully ready to conduct successful, credible, fair, orderly, and peaceful elections tomorrow Monday, December 7, 2020,” she said.