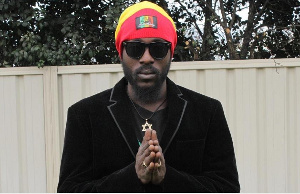 Ghanaian international reggae artiste Papa Flava, has revealed he had to sacrifice his university education for music.

Papa Flava who was a member of defunct group TH4WAGES is currently based in Australia with his family and is now doing solo music.

In an interview with Haruna Babangida on the Reggae Republic Show on Y97.9FM, he stated, the group has not separated but, “TH4KWAGES from the beginning was set up with a lot of passion and everything we made involved a lot of sacrifices”.

He cited some members of the group gave up their families, one, his house and he Papa Flava gave up his university education because his father was not in support of the idea of him going into music. The group finally came to the decision to put the group on hold until they can all get back on their feet.

“There was nothing like we started on a joke. We wanted to do this and make it look like Junkatown. We wanted to represent the West because we were inspired with it,” he added.

He disclosed, before their separation they wanted to make TH4KWAGES like a city for people to join and also expose other talents.

But even after their separation he still believes, “Apart from TH4KWAGES being a group we’re also family and we haven’t separated but currently, we’re on the low at the moment but I am ready to bring us back together and revive the crew”.

He urged the rest of the members to reach out if they can so they go back to making their music.