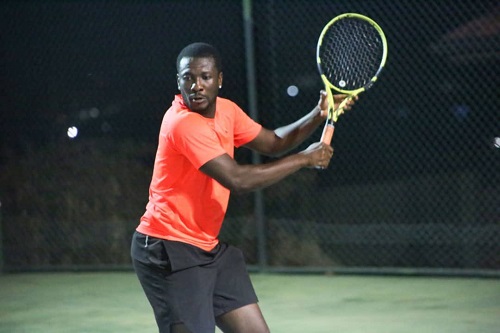 Ex-Black Stars skipper, Asamoah Gyan, would be the main focus of attraction on the clay court of the Accra Tennis Court as he battles Ismaila Nii Lamptey in the quarter final of the Accra Senior Open Tennis Championship later today.

Gyan, who has played several times with the Tema Oil Refinery (TOR) Tennis Club top seed on hard court will have to test his sharpness against the energetic and hard-hitting abilities of Lamptey at 5pm.

Today’s game will also be the first competitive match between the duo on the clay court and Gyan is determined to show that he is not only skilled in football but also a good tennis player.

With technical direction from his elder brother, Baffour Gyan, the 35-year-old player could be a difficult nut to crack for Lamptey, a member of the TOR club who is expecting to be motivated by the support of his club members as he attempts to defeat Gyan.

Gyan had reached this stage of the competition after subjecting Korle Bu Tennis Club top seed, Williams Kwesi Amoo (Boboo) to a two-straight defeat in their thrilling encounter previously.