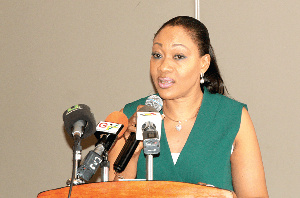 Flagbearer of the National Democratic Congress (NDC), John Dramani Mahama, has urged the Electoral Commission not to rush the electoral process in a bid to declare the results within 24 hours.

According to Mahama, the procedures involved in general elections is quite tedious and requires adequate time if due process will be followed for accurate results. He believes therefore, that the EC’s 24-hour target set is unattainable.

The former president in an interview with veteran journalist, Kwesi Pratt Jnr Saturday, November 28, 2020 said, “We are not rushing to declare any results just to achieve a 24-hour limit. The law states the period for which the results are to be transmitted and that is what we must abide by…What are you in a rush for? Is there something we do not know?”

“They will collate at the Constituency level. The tally sheets, after they have been signed, will be sent to the Regional collation centre and there again, will be re-tallied before the final results are transmitted to the EC. So you cannot come and say you intend to declare a winner of an election in 24 hours,” he stressed.

Mahama opined that the reason the EC is poised to announce the election results in 24 hours is because the Commission has an ulterior motive.

The NDC flagbearer asserted that, “We have intelligence that they want to declare some results very quickly and jubilate. And if we protest, they will say go to court.”