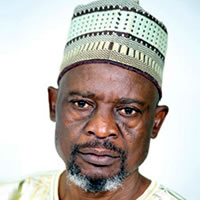 The Vice President, Dr. Mahamudu Bawumia has charged the people of Sagnarigu Constituency to rethink their voting pattern in the impending election, indicating that it could turn their fortunes around in terms of development.

He noted that since 1992, the people in the Constituency have voted for the National Democratic Congress but have not seen any changes in development.

He also indicated that the Member of Parliament(MP) Alhaji A.B.A Fusieni of the Constituency is only good at proverbs and nothing else.

“To him, A.B.A Fuseini who has already been given two terms and is seeking another term should be changed because whenever issues bothering the development of his constituency are brought up, all he is able to tell the people are proverbs and nothing productive.”

“He used the opportunity to call on Constituents to vote Madam Felicia Tetteh to power and try another option apart from the NDC in order for the Constituency to have access to the deserved development.”

On her part, the Parliamentary Candidate for the New Patriotic Party, Felicia Tetteh admonished the people to vote for her to ensure that development is fast-tracked. According to her, the slow pace of development in Sagnarigu is as a result of A.B.A Fuseini’s loyalty to the NDC which has over the years been taken for granted.