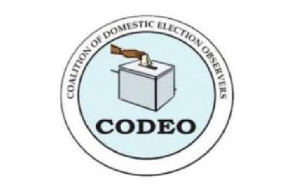 The Coalition of Domestic Election Observers, CODEO has lauded government’s declaration of December 7, the elections day as a public holiday.

According to the group, this initiative should be maintained in subsequent election years to ensure that all eligible Ghanaian voters would be able to exercise their franchise without any pressure.

Speaking on the back of the announcement on CitiNews, the Project Lead at CODEO, Rhoda Osei-Afful said “I think it should be a holiday and remain a holiday so that we can all vote without having to be pressured to go back to work.”

Prior to the declaration, all political parties agreed to a proposal presented by the Electoral Commission (EC) to the Chief of Staff of Ghana to make election day, December 7, 2020, a statutory holiday.

This was announced by the EC Wednesday, December 2, 2020, after an Inter-Party Advisory Committee (IPAC) meeting.

Shortly after that, the government released a statement granting the request.

The statement signed by the Director of Communications at the presidency, Eugene Arhin read in part; “Under section 3 of the Public Holidays and Commemorative Days Act, 2001 (Act 601), the President has the power to declare any other day as a public holiday, instead of a day specified as a statutory public holiday.”

I saw Akufo-Addo on a throne, Mahama standing in a cloud of darkness – Owusu Bempah