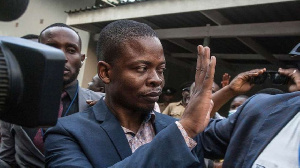 A diplomatic tiff is looming between South Africa and Malawi over Shepherd Bushiri, the founder of Enlightened Christian Gathering Church.

The multimillionaire cleric and his wife fled South Africa to Malawi on November 13 while out on bail over charges of fraud and money-laundering.

The Bushiris are denying any wrongdoing and say they will only return if guaranteed a fair trial. A warrant of arrest has now been placed on the couple’s heads by South Africa’s Directorate for Priority Crime Investigation.

Legal proceedings for the extradition of the two have also been initiated, but Malawi is yet to clearly spell out if it is willing to hand them over to South Africa.

It is alleged that the self-proclaimed prophet and his wife escaped on Malawian President Lazarus Chakwera’s hired jet. The president was in South Africa on a state visit.

Political pressure is now mounting on both countries who are at pains to explain how the Bushiris escaped.

“Once we are able to extradite the Bushiris, we will share with South Africans what he tells us because he owes them an explanation. There were no shenanigans,” said South African government spokesperson Phumla Williams.

Meanwhile, the Malawian government is trying to distance itself from allegations that it played a key role in helping the couple escape from justice.

But, an admission by Malawi that two members of the delegation who visited South Africa with President Chakwera met with Mr Bushiri could prove damaging.

Coincidence
The director of communications for the Malawian government, Sean Kampondeni, was one of the two who was photographed with Mr Bushiri but he tried to water down the meeting as being a coincidence.

“To be frank, this is slightly coincidental, but it has generated some public interest especially on social media,” Mr Kampondeni said in his weekly briefings of the President’s schedule.

To make matters worse for South Africa, the Minister of International Relations and Co-operation Naledi Pandor has been dragged into the saga as having also assisted the escape of Mr Bushiri and his wife.

For breaching their bail terms, a $364,000 Centurion mansion owned by the Bushiris has since been forfeited by the South African government after it was handed as a bond in their bail application. The property will be auctioned to offset costs incurred if the extradition process is successful.