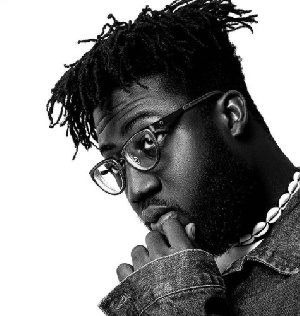 Ghanaian artiste Gidochi has cautioned individuals who have an interest in entering into the music industry not to think about it if they don’t have the finances to do so.

The musician said, “You might have the talent but you still can’t do music without having the finances”.

He believes that talent alone is not enough to promote music as other resources including money are needed to push music and without it, your music cannot be put out there.

In an exclusive interview with Foster Romanus on the Late Night Celebrity Show aired on e.TV GH he said, “20% of talent is what you need to produce good music, about 50% has to do with the finances and the 30% will be for promotion so you can imagine how much money goes into it”.

He added, “Despite the fact that there are investors in the country who might be able to help grow the music industry they do not lend a helping hand unless you’re already known and your music is out there”.

Moving on he said, “Even though we have reality shows I think the shows are not doing as much as they’re expected to do because now the music industry is complex and a lot goes into producing good music”.

In order to solve the situation, he suggested that “We need an association or a well-built structure to help upcoming artistes like myself so we get investors to invest in our music to improve the music industry in general”.

Ghanaians have the talent but no marketability – Musician