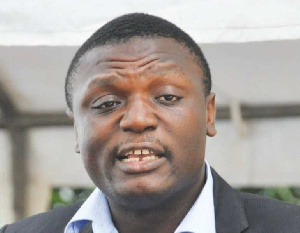 Parliamentary Candidate for the National Democratic Congress (NDC) Kofi Adams has described the late announcement made by the Electoral Commission with regards to Parliamentary elections in the Buem Constituency as a mark of incompetence.

According to him, the late announcement would have an adverse effect on the elections to be held today December 7, 2020, in the area.

Kofi Adams who is seeking power to represent the people of the Buem Constituency speaking to Accra-based Onua TV said: “the last hour decision by the EC to halt parliamentary elections in my constituency shows her gross incompetence”.

The Electoral Commission of Ghana announced that citizens in the yet to be created Guan Constituency in the Guan District will not be made to partake in the Parliamentary election.

The people of the Guan Constituency in the Oti Region will only vote in the Presidential election.