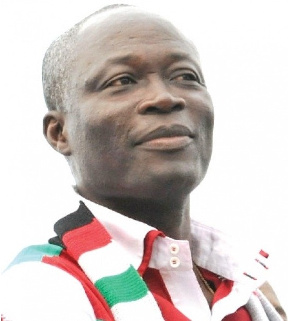 Incumbent Member of Parliament, Nii Lantey Vanderpuye has won the Odododiodoo constituency for the third term.

Nii Lante Vanderpuye was arrested as part of a joint military-police operation Tuesday dawn after some skirmishes in the constituency.

The lawmaker and parliamentary candidate on the ticket of the NDC was picked up alongside his wife, daughter, and about fifteen other men who were with him over alleged shootings in the area.

Mr. Vanderpuye had earlier told GhOne TV exclusively that the police broke into a hotel he was working from and pumped tear gas into his room.

According to his lawyer Lesliw Anim, he has been taken to the Central police station in Accra.

Reports indicate that Nii Lante Bannerman’s men attacked him in his hotel but he has rather been arrested.

Meanwhile in the Korle Klottey parliamentary NDC’s Dr. Zanetor Rawlings polled 39,193 to retain her seat beating her contender Prince Appiah Debrah who polled of the NPP who garnered 31,239 votes.