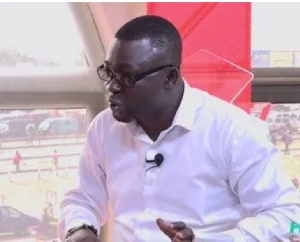 The Municipal Chief Executive (MCE) for Techiman North Peter Mensah has refuted claims made by lawmaker Kennedy Agyapong about his contribution to the loss of the Techiman North seat.

Kennedy Agyapong in an interview monitored by MyNewsGh.com said some MCEs should be blamed for the NPP’s loss of several Parliamentary seats.

He indicated while citing the Techiman North MCE as one of them who sponsored opposition candidates against candidates of their own party.

“There are some MCEs President Akufo-Addo we will give you the list. They were openly giving monies for people to vote against the Parliamentary candidates. The Techiman MCE is one. For someone who was bathed with acid and was taken care of by the party, today you’ve become an MCE. That boy, I have a video and pictures of him giving out monies so they vote against the NPP’s Parliamentary candidate. You’ve lost your MCE position I’m telling you. If he is appointed again, I will lead a demonstration at Techiman.

“The same thing happened in Assin South. I spoke to him severally. What he did to the MP was bad. He was supporting the independent candidate. We have a voice, I used to like him but after listening to the voice, he’s done. If he knows what is coming he will sack himself,” the maverick Member of Parliament said in an interview on Accra-based Net2TV monitored by MyNewsGh.com.

But speaking in an interview on Accra-based Net2TV, Peter Mensah acknowledged that even though he had problems with the Member of Parliament because he did not support him during the Parliamentary primaries, the MP has since refused to trust him.

However, he denied allegations that he gave out monies for Constituents to vote against the NPP Parliamentary Candidate saying “since the issue came up, my family, my friends and everyone have been worried for me. I didn’t take things lightly. Every problem has its own genesis but when it comes to working at the District level and cooperating with the Member of Parliament during the campaign, you cannot take it away from me on the job I did in the constituency. Every constituency has its own dynamics and after losing I had to meet the MP but this issue of me sponsoring the loss of the MP came up and disorganized me.”

He assured the NPP of winning back the Techiman North seat subsequently.