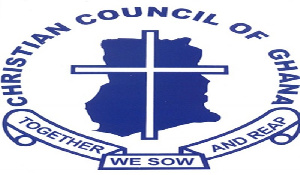 The Christian Council of Ghana (CCG) has called on the Electoral Commission (EC) to as a matter of urgency come out with a clear statement on the state of constituencies with challenges concerning election results.

The Council said that was one of the ways to reduce post-election tension in the country, which it (the Council) was engaging all stakeholders to ensure that “we do not compromise the peace of the country.”

The Council, in a statement signed by the Most Reverend Dr Paul Kwabena Boafo, its Chairman, and Rev Dr Cyril Fayose, the General Secretary, issued in Accra on Tuesday, expressed concerns over government’s alleged silence about the unfortunate killings that took place in certain constituencies during the elections and asked that the incidents were investigated and culprits brought to book.

The Christian Council also appealed to the leadership of the National Democratic Congress to avoid statements that tended to inflame passion and cause mayhem in the country.

“We entreat them to desist from the street protests and agitations and rather resort to the court to seek redress for their concerns in accordance with the law.”

It also appealed to the support groups of the New Patriotic Party to be temperate in their discourses, especially in the media.

The Council also called on the security agencies to be professional in the exercise of their duties concerning election-related issues.

It admonished Christian politicians to ensure that “they bring their faith values of love and peace to bear and uphold the name of Jesus Christ who is the Prince of Peace”.

“We call on all Ghanaians to remain calm and join the Council to continue to pray for peace for our country Ghana,” the statement added.

I never masterminded defeat of my MP – Techiman North MCE